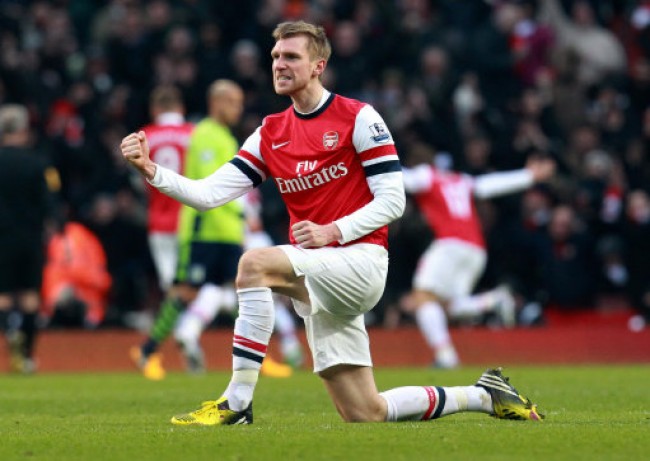 After painful home defeats at the hands of Blackburn and Bayern Munich, Arsenal needed to give the Emirates’ faithful something to cheer about, which ultimately they did on Saturday albeit after yet another nervy display.

Goals from point-sized schemer Santi Cazorla at both the beginning and the end of the game secured all three points for the Gunners, but only after a trademark mixture of wastefulness in front of goal and poor defending had let the Villans back into the game.

Cazorla’s opener came after just six minutes, but the home side failed to build on the lead, with Olivier Giroud guilty in particular of some bad finishing. Villa, on the other hand, battled their way back into the game and were eventually rewarded when Andreas Weimann’s shot beat Wojciech Szczesny (too easily) after poor play from Carl Jenkinson.

And so the home fans were treated to yet another nervy end to the game, although the Spanish connection of Nacho Monreal and Cazorla would eventually win the Gunners all three points, with the midfielder firing home from the full-back’s cut-back on 85 minutes.

Not a convincing win at all for the Gunners, but a vital one which puts them just a point behind fourth-placed Spurs. Paul Lambert’s Villans, on the other hand, drop back into the bottom three.