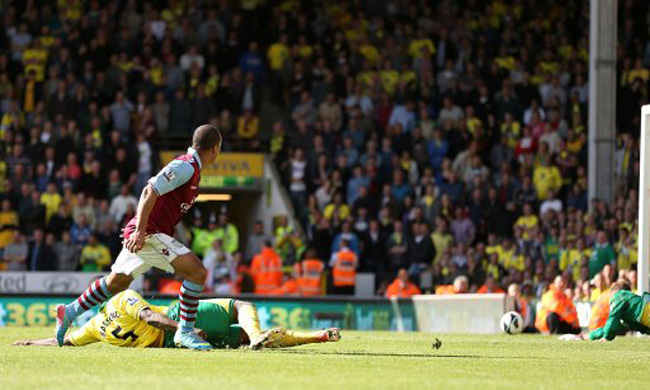 Gabi Agbonlahor has kickstarted his own season in recent weeks and in doing so, the fleet-footed attacker has also helped his side move closer to securing their top tier status for another season.

Agbonlahor netted the opener on 55 minutes in a game which saw both sides create chances. However, the Canaries found themselves level on 74 minutes, courtesy of a Grant Holt spot-kick, after Robert Snodgrass had been felled in the box.

The home side, buoyed by their equaliser, pushed for a winner but instead, they were caught by a swift counter-attack at the death which saw Agbonlahor fire home after great work from Ashley Westwood.

While Villa move five points clear of danger, the Canaries now find themselves just three points ahead of 18th -placed Wigan, having played a game more. Tense times for Chris Hughton and co.