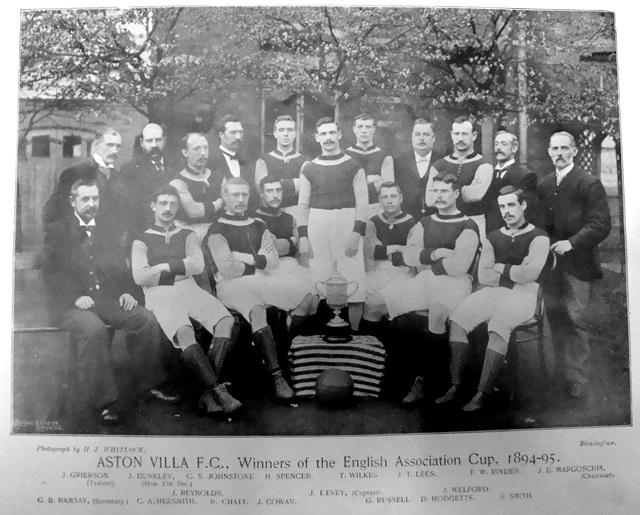 When Aston Villa beat West Brom 1-0 to win the FA Cup in 1895, they wanted to share the achievement with their fans. So the club arranged to have the trophy displayed in the window of a local football equipment shop owned by Mr William Shillcock.

But when Shillcock arrived to open up on the morning on 11th September, he discovered he’d had unwelcome visitors overnight. A small amount of money had been taken, as had the trophy – already the oldest and most famous trophy in world football.

A hefty £10 reward (roughly £285 in today’s money) was offered for information leading to the cup’s recovery was offered, but the trophy was never found. 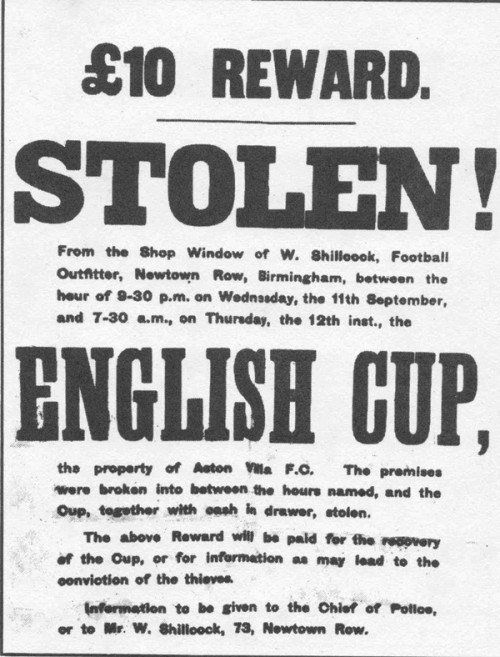 Villa were fined £25 by the FA and told to replace the trophy. They did – the new trophy being used until 1910.

In 1958, an elderly former criminal called Harry Burge confessed to stealing the cup, and said he’d had it melted down to make coins.

However, he could provide no evidence of what he’d done, and so the theft of the trophy known as ‘the little tin idol’ remains shrouded in mystery to this very day.