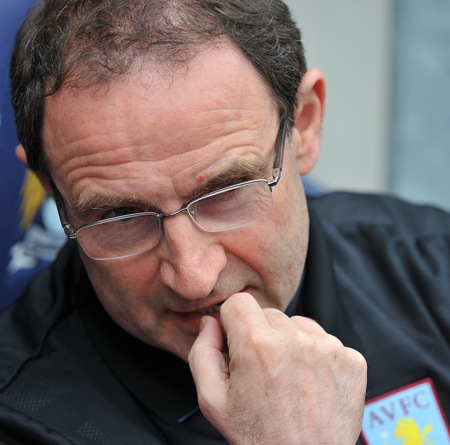 “Honestly I couldn’t care less whether I get unfairly criticised.

“What I will say is the business that we did in the last few days of August last year really made our season.

“You go by the rules and run that length of time. That’s absolutely fine, it’s not a problem.”

Martin O’Neill defends his lack of transfer activity this summer, in an interview with the Birmingham Mail

O’Neill might not care about his critics, but I imagine Villa fans are concerned about the lack of progress made by their club in the last couple of months, and understandably so; standing still in the Premier League is no way to safeguard your position.

All the talk at Villa Park this summer has been about who is leaving, particularly James Milner, who may yet join Manchester City before the new campaign kicks off, and Ashley Young, who has been linked with Spurs. Unless Villa sells Milner or Young (or both), O’Neill may be forced to settle with the squad he has now. I can’t see Randy Lerner handing his manager a blank cheque – the American is an admirable owner but his pockets are simply not deep enough to take Villa into the top four. Perhaps they aren’t even deep enough for Villa to keep what they have.

Of course, O’Neill still has some time to pull a couple of inspired signings out of the bag, so it’s hardly fair to doom-monger at this stage, but his track record in the transfer market is far from convincing – scouting and signing new players is his weak point as a manager. Technically he’s sound and his man-management is very good, but I do wonder if he takes enough risks. He was a dashing winger at Forest, but he’s a prosaic gaffer, wary of egos and all about the team. This is a good thing, but it will only take you so far. You can’t always stick with what you have. Sometimes you need to twist.

This is the half-empty view. I’m sure Villa fans of a half-full disposition are happy enough with their status as a top-half Prem club, and with the work O’Neill does.

However, I’m 99% sure that Villa will drop down the table this season, after last term’s solid sixth-place finish – unless of course O’Neill shocks us all with some inspired signings late in the day. I don’t see it.

Villa’s rivals are on the move: Liverpool will be hard to beat under Roy Hodgson, Everton won’t start as badly again, nor suffer as much with injuries, while Spurs and Man City both look considerably stronger than Villa. All of which means I don’t see Villa finishing higher than eighth. They might even find it difficult to stay above the likes of Sunderland and newly rich enemies Birmingham.

Eighth is not a disaster but it means Villa are heading in the wrong direction, though not through any great fault of Lerner or O’Neill.