Free from (in his opinion) the negative influence of former boss Gerard Houllier, England’s forgotten man Gabriel Agbonlahor netted his third goal of the season for Villa in their 1-1 draw with Newcastle United.

Leon Best bagged the equaliser for the Magpies, with the midfield duo of Cabaye and Tioté impressing again.

Both sides remain unbeaten in the league this season, which is pretty impressive, isn’t it?

Gabriel “Gabby” Agbonlahor tussles with winger Jonas Gutierrez on his way to netting another goal for Villa. 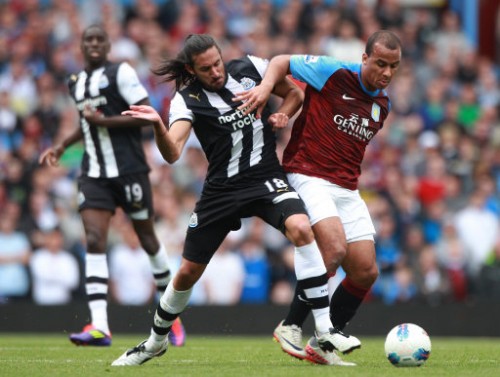 Newcastle’s very own Sideshow Bob uses those extra few inches of hair to glance the ball away. 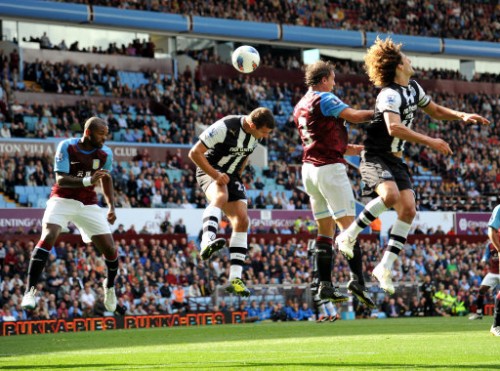 Man Utd flop Gabriel Obertan gets in a tangle with Villa’s Stephen Warnock. 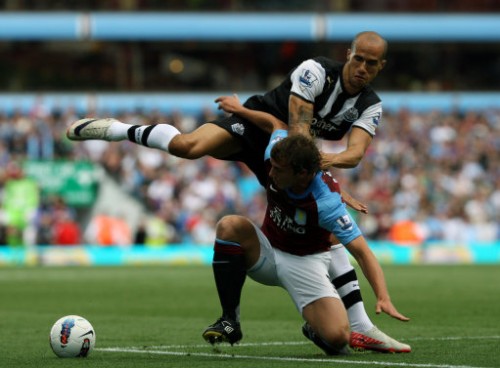 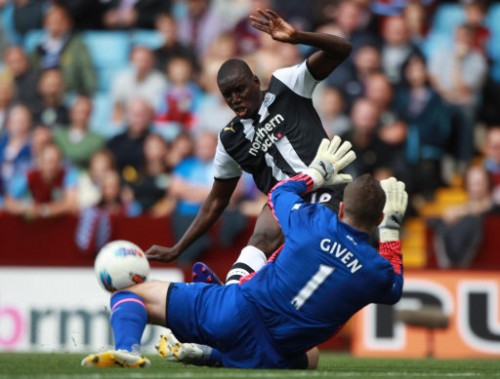 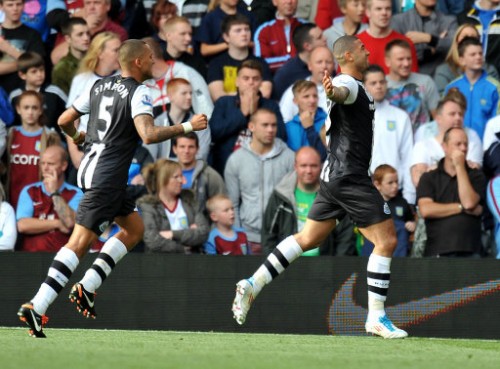 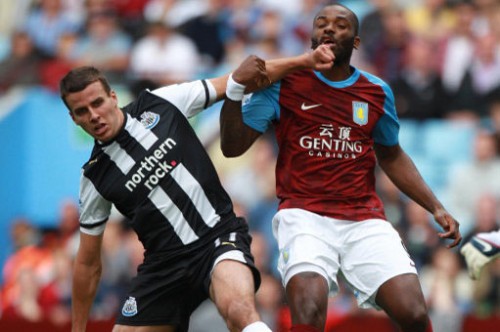 Look at those hamstrings! Best does the splits for the camera. 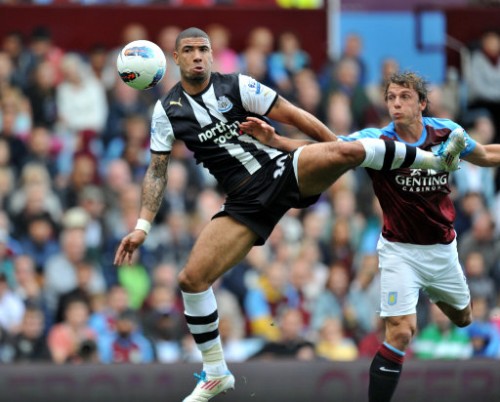