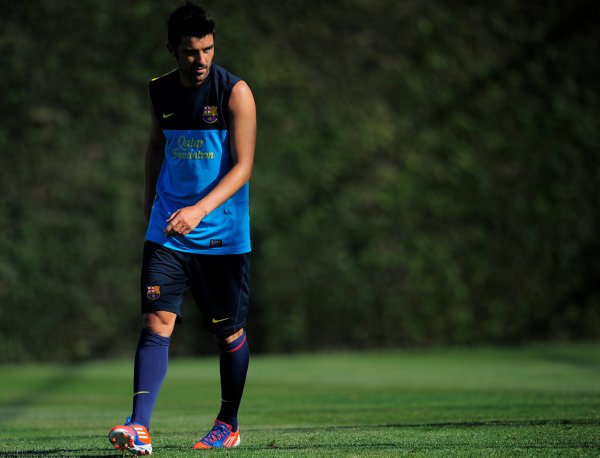 You’d be forgiven for not noticing but both Barcelona and Spain have been without David Villa for the best part of eight months since the forward splintered his shin bone during the Club World Cup semi-final in Yokohama back in December of last year.

Villa hasn’t played since, but the good news is that he’s back in training and it would appear as if the old shooting boots are still in good working order – as Jose Manuel Pinto will duly attest.

After a training session at Joan Gamper yesterday, Pinto tweeted the following photo, along with the message, “I can confirm that David Villa is shooting sharp again! As proof, here’s the mark left by his powerful shot!’… 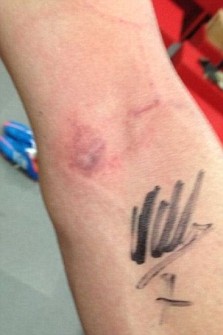