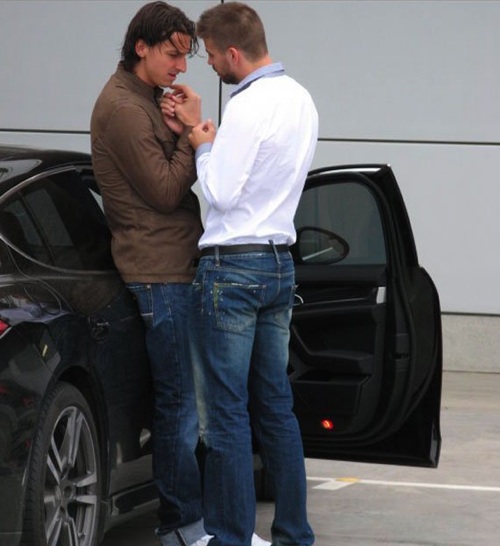 Loud ‘Could they be gay?!’ rumblings in the Spanish press due to this recent photo of Zlatan and Pique. The Barcelona duo were snapped during what looks very much like a tender moment between lovers.

A couple of caveats:

1. When it comes to displays of physical affection between same-sex friends, not everyone is as repressed as us English. In Spain, straight men kiss each other! Deal with that, Daily Mail readers

2. The camera lies, all the time

Still, it’s no suprise that the pic has generated a good deal of chatter. Barca haven’t yet commented on it. What’s your take on it?

I’m just shocked that Zlatan would have time for anyone in his life but Zlatan.