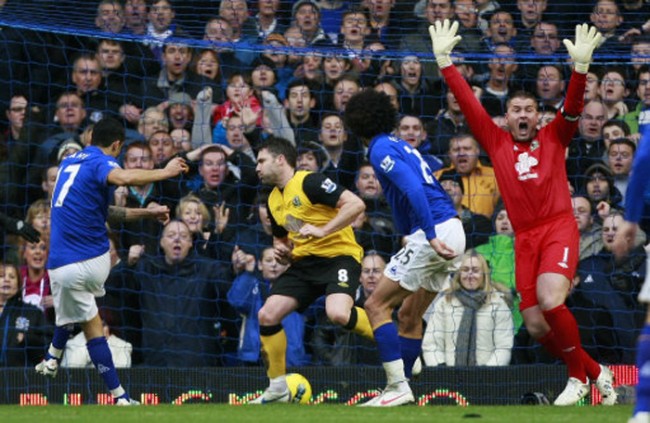 Both sides threathened early on, with Rovers’ Scott Dann seeing his header come back off the woodwork. However, it was the home side who would take the lead on 24 minutes, when Tim Cahill finally ended his goal drought, scoring from close-range. The goal should not have stood, however, as Marouane Fellaini had clearly handled the ball in the build-up.

Still, Rovers fought back and were eventually rewarded when Tim Howard fumbled a Morten Gamst Pedersen free-kick, only for Cahill’s attempted clearance to come back off David Goodwillie and into the Everton net.

The Toffees came back at Rovers in the latter stages of the game, with Shane Duffy, Fellaini and Denis Stracqualursi all coming close. However, ultimately Blackburn would hold on to secure a vital point.

Kean and co. remain in bottom three, albeit only one point from safety now, while Everton stay in mid-table.