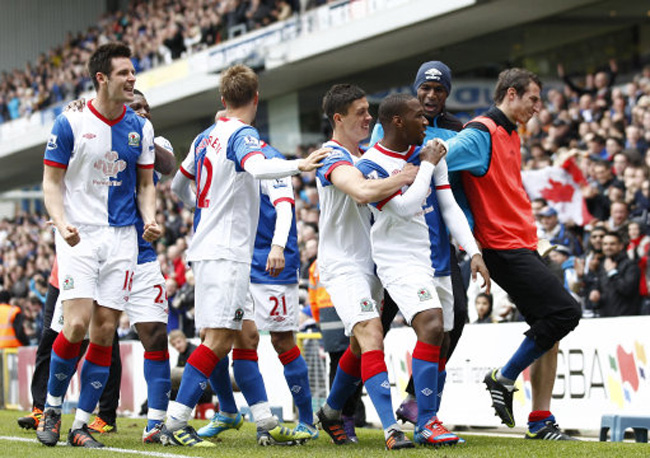 What a topsy-turvy season it’s been for Blackburn. Admittedly, more turvy than topsy (if that makes any kind of sense),  Rovers got back to winning ways against Norwich on Saturday afternoon after securing a deserved 2-0 win which keeps them well in the race for survival.

Canadian wideman Junior Hoillet, surely one of the most improved players this season, scored the goal of the game on 49 minutes, with a superb curling effort which put the home side 2-0 up.

Mauro Formica had opened the scoring late on in the first half, despite an impressive start by the Canaries. The Yak also hit the woodwork as Steve Kean’s side registered a vital three points.

With three games to go, Rovers are still in the hunt for a Premier League place come August. While for Paul Lambert’s Norwich, safe from the drop-zone, they can start to focus on the 2012/13 season.