Presenting: the best thing that Blackburn have done in a while, their really rather gorgeous new Umbro strip for 2012/13… 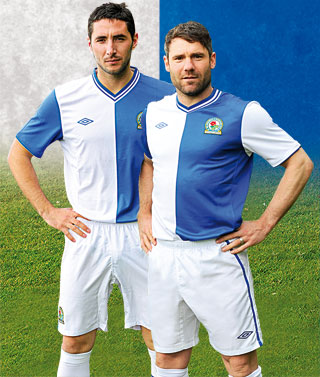 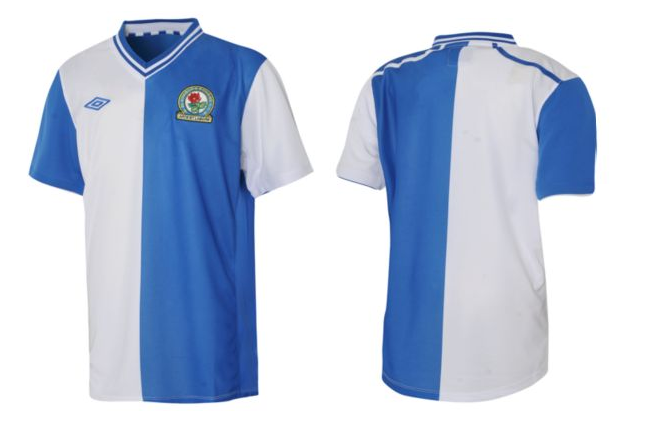 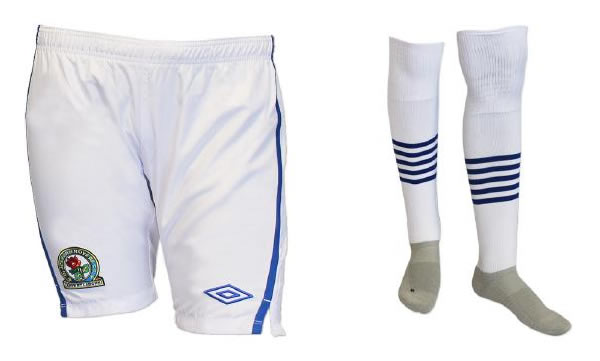 Notice something missing there? That’s right, the Championship arm patches.

You may have also noticed the lack of sponsor. This is due to the club not actually having one in place at the moment.

As such, the shirt will be sold without an ‘orrible gaudy logo plastered across the front along with a voucher which entitles the buyer to have the logo ironed on at the club shop as and when a sponsor is announced –  should the fan in question wish to sully such a beautiful jersey for some reason.

Personally, we prefer it plain (it’s available from Umbro.com should you wish to purchase it).

While we’re talking Blackburn kits, we have it on good authority that the away kit is Celtic-style green and white hoops. Seems Steve Kean’s influence runs even deeper than we thought!