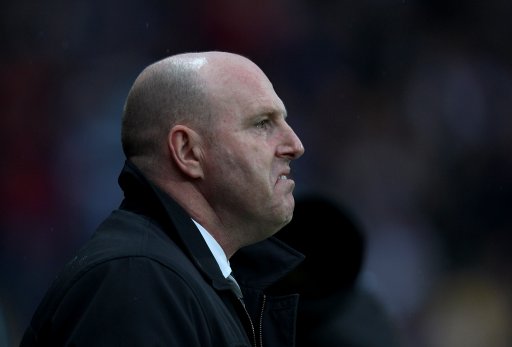 Rejoice! Rejoice! Run and tell the townsfolk! It’s over! It’s finally over! After nigh-on two-year sustained campaign of acrimony from almost all quarters of the Blackburn support, beloved manager Steve ‘The Cumbernauld Limpet’ Kean has finally vacated his post at the club after his position became ‘untenable’ – though we suspect that most people of an Ewood persuasion would argue that his position became untenable roughly two years ago.

Kean issued the following statement through his lawyers last night:

“For reasons that I cannot discuss on legal advice, it is with deep regret, given my hard work and service for the club for a number of years, that I have been forced to resign as manager of Blackburn Rovers Football Club with immediate effect, due to my position as team manager becoming untenable.

“I wish to thank all the players and coaching staff for their great support and the majority of the fans, who now see their club heading towards an automatic promotion position back to the Premiership. I wish the club all the very best for the future.”

‘Forced to resign’ being the salient quote there. We assume that infers Kean was labouring under the illusion that he’d done a bloody good job at Rovers.

Anyway, if media mumblings are to be believed, Blackburn and Venkys are now going to offer the job to Tim Sherwood or Alan Shearer. Good luck with that chaps!