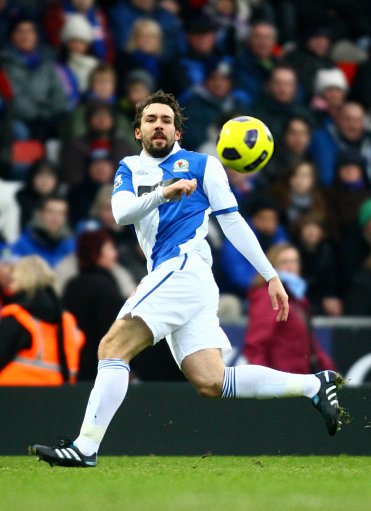 The FA have vowed to launch a probe into Gael Givet’s transfer from Marseille to Blackburn Rovers in 2009 after the French defender was made to pay a £50,000 bung to an unlicensed agent in order for the deal to go through.

The Sun, who have the exclusive on the story, are claiming that Givet was made to pay £5,000 in cash to Manchester-based middle-man Phil Black, along with a payment of £15,000 that was transferred directly into Black’s bank account and a £30,000 cheque.

Givet is quoted as telling the red top:

“Phil Black was the first person to contact me, texting and asking if I was interested in joining Blackburn – and he was at Liverpool airport to meet me and my agent Frederic Dobarje when we came to agree the deal.

“But that was the first time I’d met him and all he did was drive us to the ground. He never, ever came into the club or any meetings with us.

“I just thought he was working for Blackburn. But after I’d signed he started demanding money, saying he was due a slice of the agent’s fee agreed by Blackburn with my agent.

“Black kept on asking me for money. He kept saying he should have been paid and had received nothing.

“It felt bizarre, it felt wrong and I was very uncomfortable about it, but he was very persistent. He said he’d repay me when Frederic gave him his cut of the agent’s fee. I was in a strange country, I didn’t know if this was usual – I didn’t know who to turn to.

“Afterwards I felt such a fool.”

Black has retorted by claiming that he only asked Givet for £5,000, though The Sun have published copies of the Blackburn player’s bank statements – which clearly show that the whopping sums of money in question have definitely been withdrawn at one point or another.

Perhaps of more interest to your inquisitive mind though, is a £42.50 payment to Rumpus, a store which sells top-dollar lingerie and swimwear.

A quick Google search later and may we just say, an impeccable choice Sir.