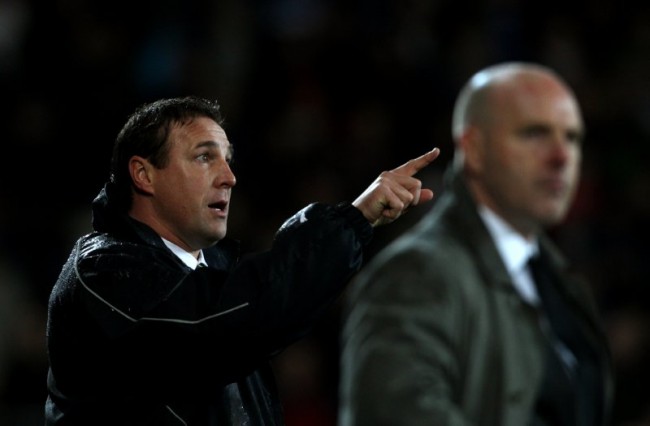 “Yes, definitely [we can win the Carling Cup]. We’ve said all along that we’d like to go all the way and get to the final and try to win the competition.”

“We are in a position where we have forfeited going through and having the chance to reach a cup final. We have games against sides within touching distance of us in the league – we need to treat those games as cup finals.”

What a difference an embarrassing defeat against lower-league opposition makes, eh?

I, presumably like many other semi-interested onlookers, was a little shocked that I didn’t wake to news of Steve Kean’s sacking this morning following Blackburn’s pitiful Carling Cup defeat in Cardiff last night, but fair play to him, he’s hanging on in there – like a barnacle or a genital wart.

Surely, surely, it’s only a matter of time now?