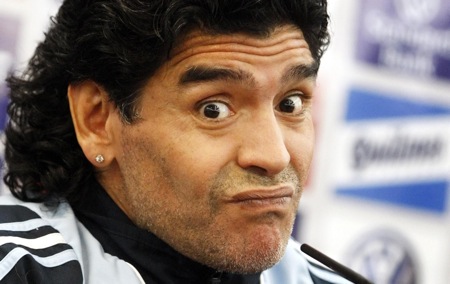 Diego Maradona was bitten on his face by one of his pet dogs and had surgery at a clinic in Buenos Aires, according to reports in the Argentine media. Maradona was rushed to Los Arcos clinic, but he’s expected to return home later today, reported local broadcaster Radio 10. [FourFourTwo] 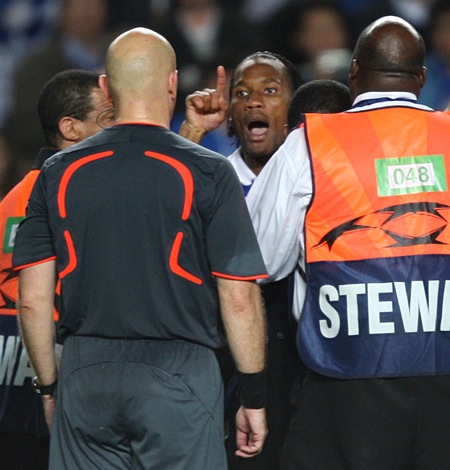 Didier Drogba has been banned in Europe for two matches by UEFA for his red card against Internazionale. The Chelsea striker was sent off in the 1-0 defeat at Stamford Bridge on March 16 for stamping on Thiago Motta.

The Drog already had a two-match suspended ban hanging over him for his aggressive behaviour towards referee Tom Henning Ovrebo after last season’s semi-final against Barcelona.

That suspended ban is understood to relate to behaviour towards match officials, but the probationary period has now been extended from July 2011 to July 2013. It’s a f**king disgrace! 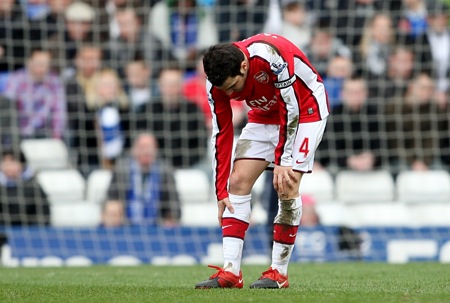 Cesc Fabregas‘ participation in Wednesday evening’s Champions League quarter-final first leg against Barcelona looks to be in some doubt after the Gunners captain did not train with the rest of the squad on Tuesday morning.

However, I suspect Cesc is just being rested and will start against Messi and co. Arsene Wenger simply must risk his star player, even if he’s carrying a slight knock.