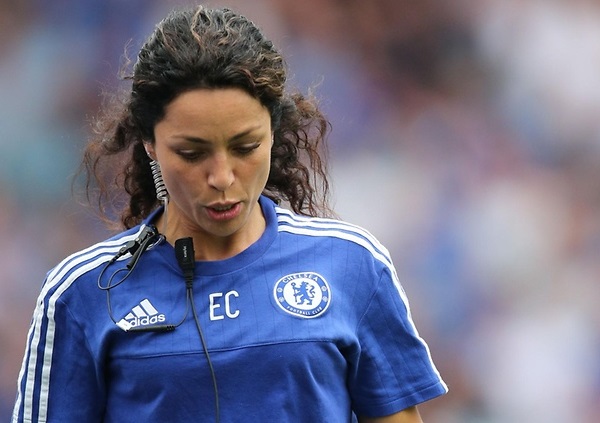 As you’re no doubt aware, it was announced yesterday that Dr Eva Carneiro has decided to leave Chelsea some six weeks after being publicly barracked by Jose Mourinho for having the temerity to run onto the pitch to treat an injured (in the most tenuous sense of the word) Eden Hazard.

For her crimes, Dr Carneiro saw her role as club doctor downgraded by Mourinho, as she was told to not attend training sessions, competitive games and/or the Chelsea team hotel in the immediate aftermath.

In the intervening period, Chelsea asked Dr Carniero to return to work but she decided not to while she considered her legal position. Indeed, the Guardian are reporting that she is currently preparing to sue her former employers over her “public humiliation”.

Not that it needed to get to this point. In fact, according to the Evening Standard, Dr Carniero would have been perfectly willing to return to her post had she received a “simple apology” from Mourinho.

The Standard also have word from Anna Kessel, co-founder and chair of the Women in Football, an organisation that has been offering Carniero support and guidance for the past few weeks.

Kessel states that she backed Carniero’s decision to quit and feels that the entire mess surrounding the incident is entirely of Mourinho’s own making.

Doctor Carneiro did nothing wrong. She should have been straight back at work, with an apology from Mourinho and the whole thing would have blown over very quickly.

It’s quite obvious. Doctor Carneiro fulfilled her duties that day. Had she followed Mourinho’s advice and not treated Eden Hazard, she would have been in breach of general medical guidelines. She did the right thing.

She was subsequently demoted by the club and her position became untenable.

How many of us could go back to a lesser job with hugely reduced duties having done nothing wrong and with no apology from the club, no retraction or acknowledgement that a huge error had been made by Mr Mourinho?

Quite so. What a ridiculously unnecessary nonsense this has become, and all due entirely to Mourinho’s unapologetic, nigh-on messianic ego.