Radamel Falcao’s 17th (18th if you, unlike UEFA, count the qualifying rounds) goal of the Europa League campaign was enough to see Porto crowned champions against domestic stablemates Braga at the Aviva Stadium in Dublin last night – a victory that, in turn, will almost certainly see those comparisons between Andre Villas Boas (who is now the youngest man ever to win the competition, aged just 33) and a certain predecessor of his reach nigh-on insufferable levels from here on out.

The game itself was a pretty dire affair – Villas Boas even apologised afterwards – pocked with time-wasting, ‘simulation’ and scrappy Sunday League-standard football at times, though the winning goal was one of very few glimmers of genuine quality.

On the stroke of half-time, Falcao found himself left alone in the middle to steer Freddy Guarin’s peachy cross in with his head – thus, you’d suspect, adding another couple of £million’s to the Colombian goal-machine’s prospective price tag in the process. 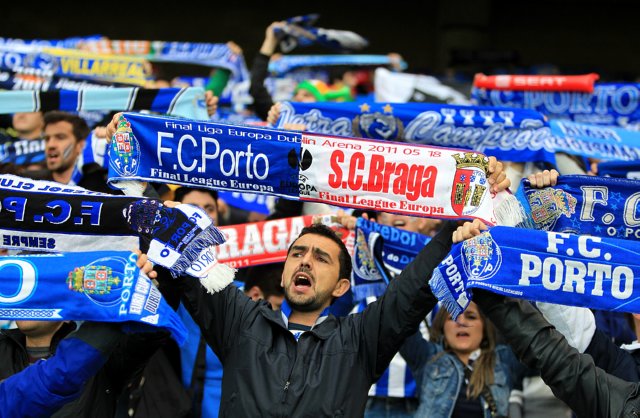 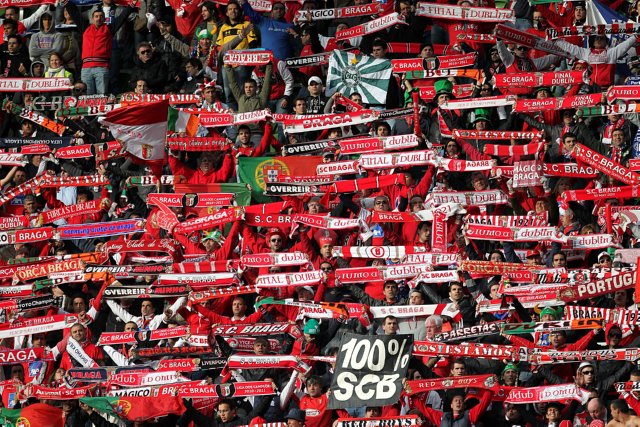 Both sets of supporters fly their colours before kick-off 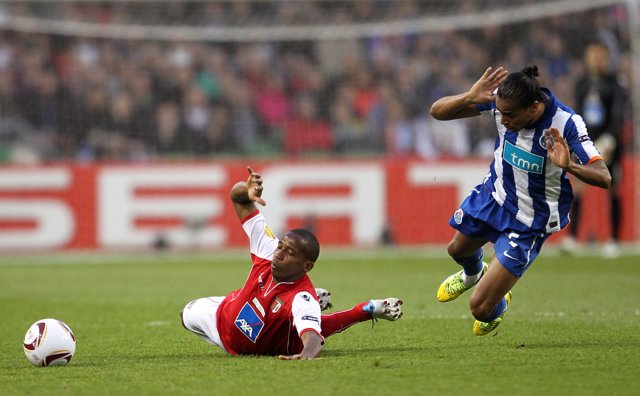 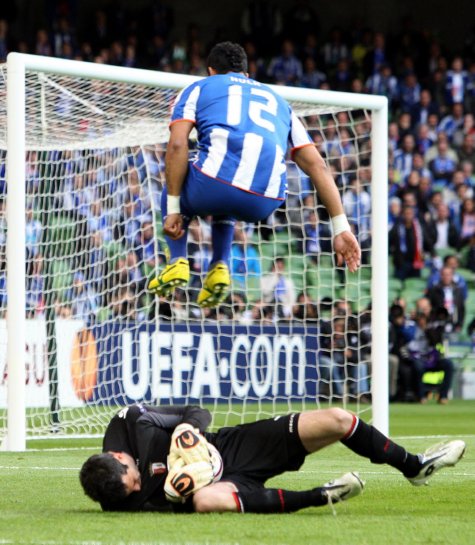 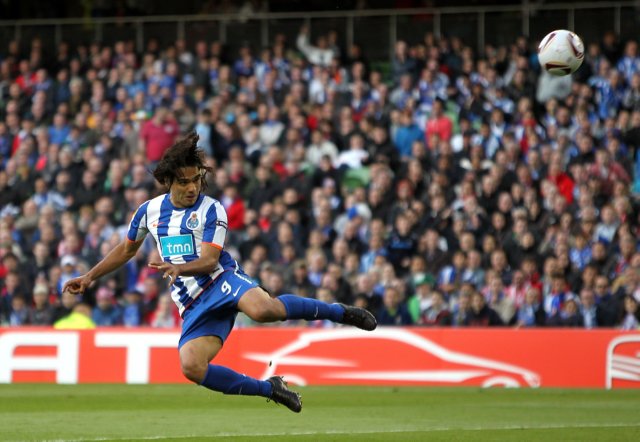 Radamel Falcao heads home the only goal of the game… 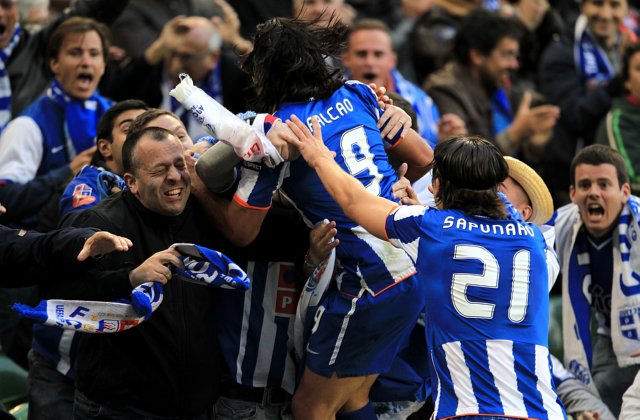 …then rushes to celebrate with the Porto fans 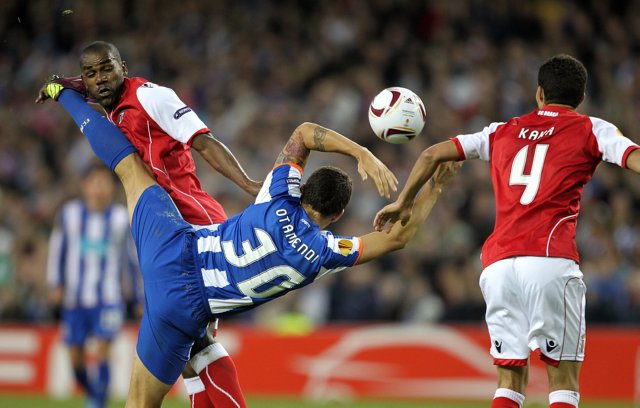 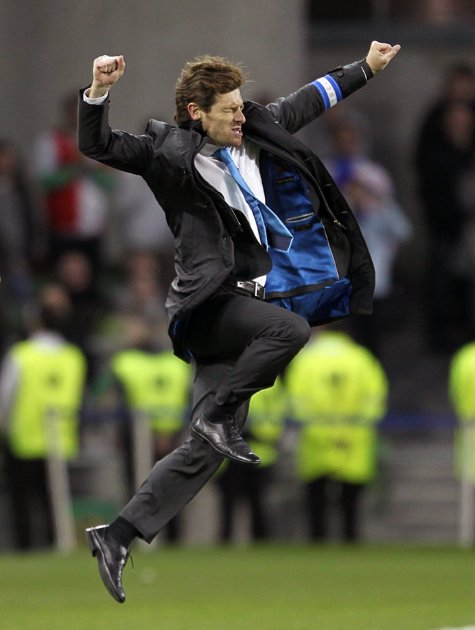 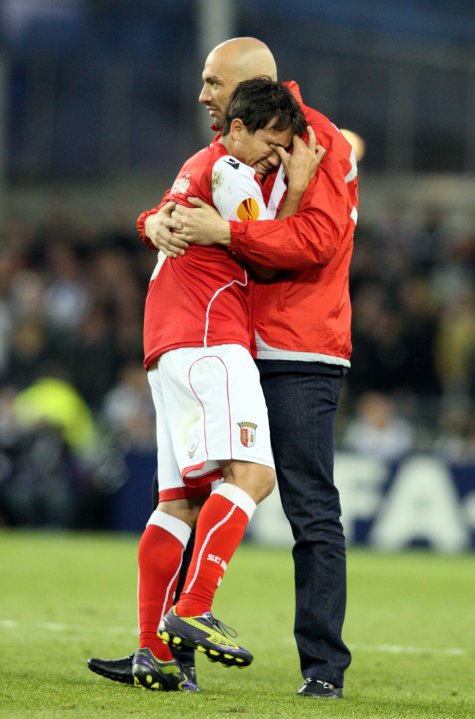 Braga substitute Mossoro is inconsolable after the game 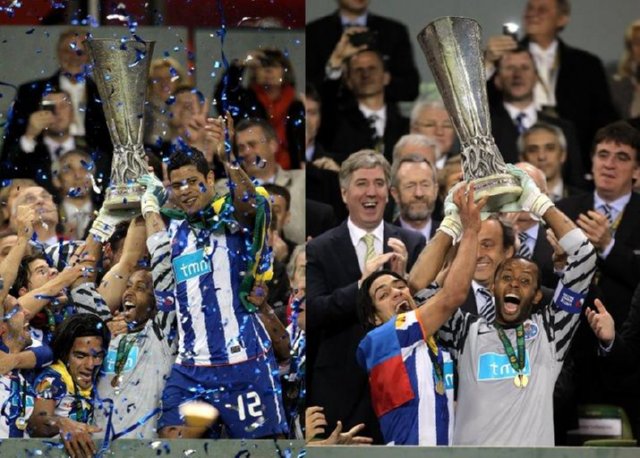 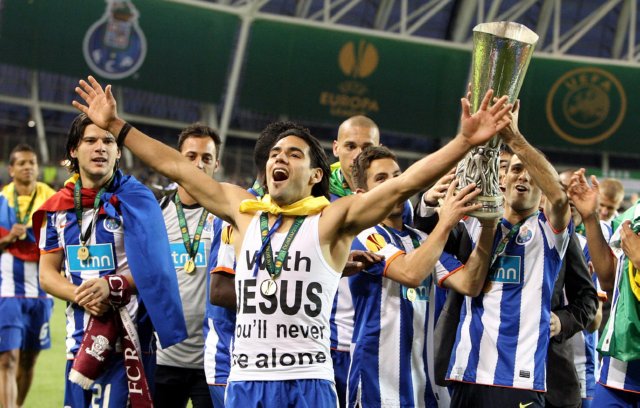 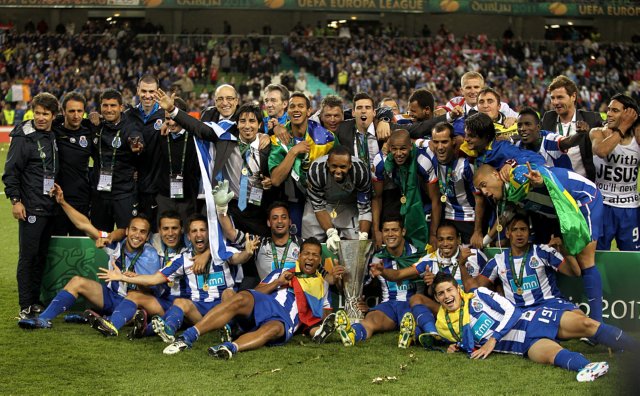