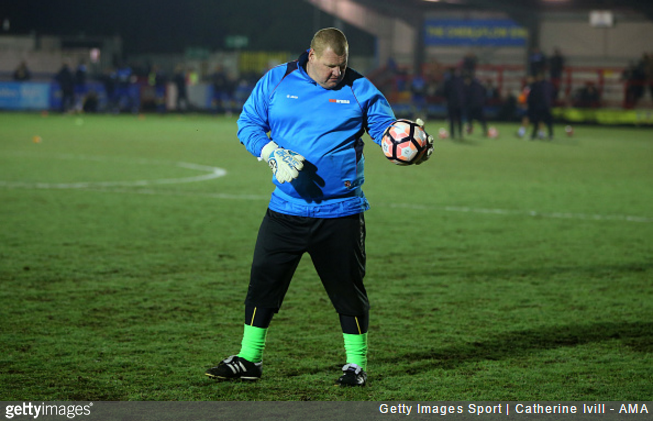 It’s fair to say Sutton United have been revelling in the attention brought about by their remarkable FA Cup run, especially tonight’s fifth-round tie against Arsenal.

Indeed, reserve goalkeeper Wayne Shaw has become something of an unlikely star, with the 45-year-old, 20 stone “Roly Poly Goalie” being singled out as the physical embodiment of the non-league dream.

Despite having played no part in the cup run as yet, Shaw is in demand – with the U’s statuesque back-up stopper revealing that he’s even been approached to pose in the altogether for reasons unbeknownst.

Speaking to the Daily Mail, the man himself said:

Me? I’ve done nothing but sit there and be myself. Turns out I’m a big guy who people seem to want to look at.

One publication asked if they can photograph me naked. Like, everything off, except a pair of goalie gloves, apparently.

They said they’ll position me in a way that covers me up, if you know what I mean.

Not sure what I’ll say to them. It’s definitely the strangest thing that’s happened to me in all this.

Bet it was the Mail.

In the same interview, Shaw also casually mentioned that he once played alongside a true Premier League legend during his younger days, having had a trial at Southampton with none other than Alan Shearer.

I wasn’t meant to be a goalkeeper. I was a striker on associate schoolboy forms at Southampton. I remember going to a tournament in Sweden with Alan Shearer in our team.

Three months later he was in the first team and scored a hat-trick on his debut — decent player now I think of it.

Photographic proof does exist, with Shaw having previously posted a photo of himself and Shearer (back row, first and second from the right) and fellow future Premier League title-winner Jeff Kenna (bottom right) lining up for youth side Wellington Sports. 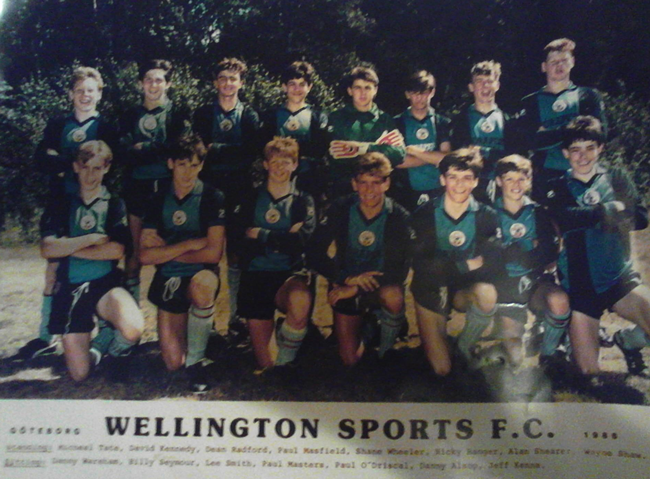 Two very different career paths ensued, though only one is still in the FA Cup this year.

We think we know who came out on top in the long run.