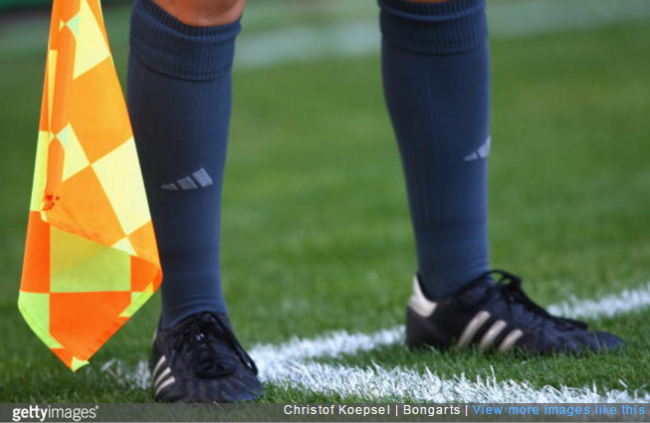 You may recall, not so very long ago we brought you news of a harrowing incident in the Spanish regional leagues wherein a player stormed the pitch and attempted to slap a lineswoman with his…ahem…’old chap’.

The incident occurred during the final stages of the Andalusian Senior Second Division match between CD Abes and Gabia CF in mid-November.

As per the referee’s match report, the man responsible was quickly identified as a player for a local rival team, Celtic de Pulianas, who play in the league above.

Now, MARCA have followed-up by confirming that the unnamed Celtic de Pulianas player has been slapped with a 12-month ban for his lewd conduct… 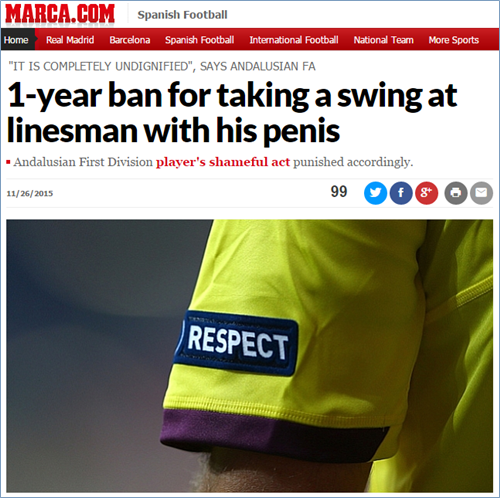 As well as stinging the player with an oddly specific €468 fine, the committee also reasoned that a year-long ban was directly proportionate to the “completely undignified and disrespectful” offence:

Once again, what a dick.