First things first: Fulham did NOT deserve to lose this match. Until Erik Nevland was sent off – a terrible decision too; was a yellow at most – early in the second half, they had been much the better team, with Zoltan Gera and Clint Dempsey both in fine form, and Diomansy Kamara having one of his best games in a black-and-white shirt. It was Kamara who put the Premier League side in front, coolly slotting home from the penalty spot after he was fouled in the area by Marco Andreolli.

But Italian teams have a way of cheating forcing their way back into matches, and so it proved. With Nevland off, Roma naturally began to press for an equaliser, and they got it through Jon-Arne Riise, whose 20-yard shot took a couple of deflections – including one off Riise’s brother Bjorn Helge! – before it beat Mark Schwarzer. Stefano Okaka Chuka then scored the winner for Roma with a powerful header.

Very frustrating for those Fulham fans who had made the journey to Italy – one point from two games against the Italians is not a fair return. 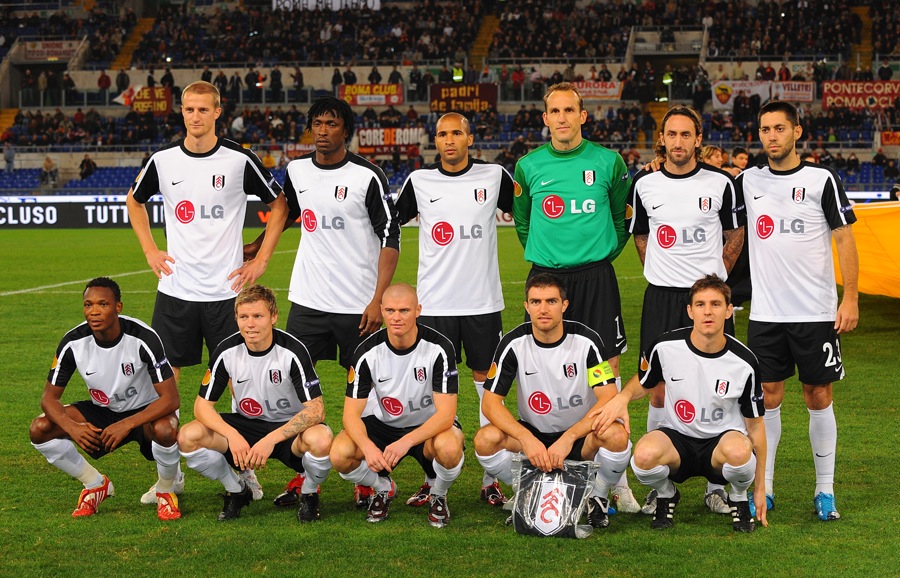 Fulham team group, prior to kick off