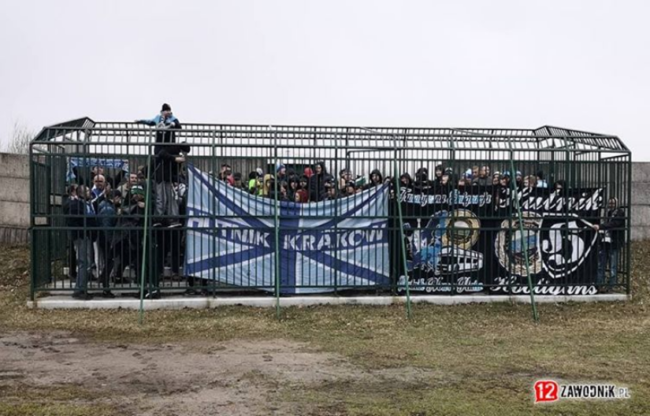 Pies have witnessed some shoddy away ends in our time but none quite as dispiriting as the following offering from the Polish lower leagues.

Top of the table played bottom in the III Liga (fourth tier) on Sunday, with Hutnik Krakow travelling to face lowly Spartakus Daleszyce.

Hutnik took around 100 supporters with them, who duly found themselves forced to watch the match from inside a cramped cage…

After the contemptible behaviour by some football fans in Britain in recent days, how long will it be before clubs think of following the example of Spartakus Daleszyce in Poland’s fourth tier?

This is how fans of visitors Hutnik Kraków watched their team play on Sunday! pic.twitter.com/azIcJlUKzM

Grim. At least the Hutnik fans were able to witness a vital 0-1 win from their vantage point inside the human zoo enclosure.