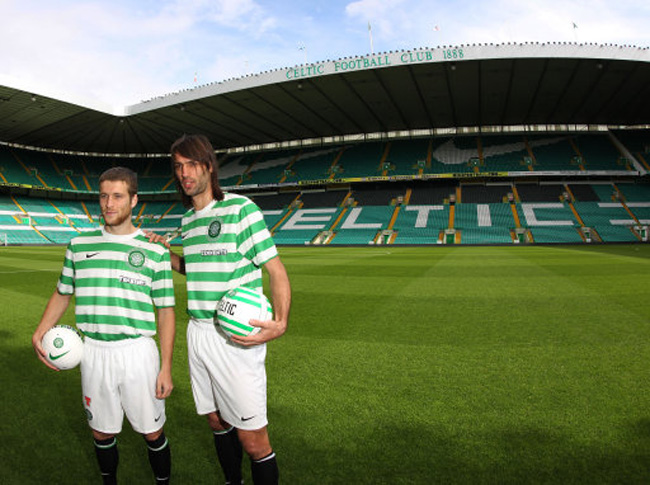 Forget all the recent Champions League upsets, Celtic have now highlighted just how unpredictable football is by releasing photos of their new 2012/13 kit which is, wait for it, er, green and white hoops.

Right, well it may not be much of a creative leap, but the new kit is rather nice  and it also references the Glasgow giants’ upcoming 125th anniversary year. The Nike kit features nine green and white hoops, as opposed to the usual seven, in tribute to the club’s famous nine-in-a-row titles won in the 60s and 70s. The Tennant’s logo is also refreshingly subtle.

“Once again we are delighted with the fantastic design which our kit supplier Nike has developed.”

“We have been grateful to enjoy a strong relationship with Nike, such a successful global sports brand. This has been a hugely beneficial partnership for the club and our supporters and it is one we hope to continue for some time.”