So, Tottenham defender Danny Rose has opted for this particular shade of red for today’s game against Hull City… 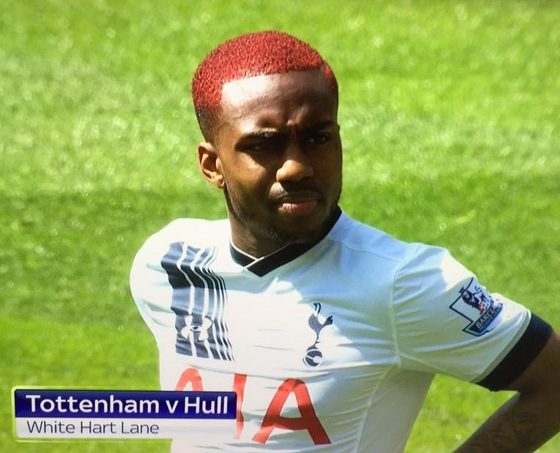 Hmmm. Of all the hair dyes in all the world, he had to pick Arsenal red.

It should be noted that there are certain Spurs fans out there who despise the Gunners colours so much that they actively refuse to wear the club’s current home shirt because of the red AIA logo on the front.

With that in mind, the social media reaction to Rose’s new dye-job has not been particularly positive.

Put it this way, the word “scum” is being bandied around…quite a lot, as it happens.

Mercifully, Rose managed to score this little beauty against Hull, which you’d hope might go some way to winning him a bit of goodwill back…