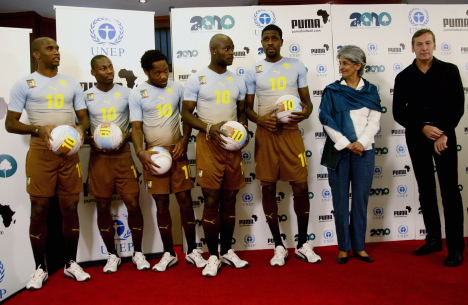 “The brown tone was created by mixing actual soil samples from Ghana, Ivory Coast, South Africa and Cameroon. The colour gradient transitions from brown to blue is a visual metaphor for soil to sky, with the yellow badges, names and numbers all representing the sun shining down on Africa.”

As read the official blurb when Puma released their new ‘Africa Unity’ kit unto the world in time for the World Cup in South Africa last summer, with all four of the African qualifiers having this well-meaning monstrosity officially recognised as their respective third-choice kits by FIFA.

You don’t need me to tell you that, rather than evoking memories of Africa’s flora and fauna, it just looks like it’s an off-grey strip that has been dipped in a vat of watered-down elephant dung somewhere along the line… 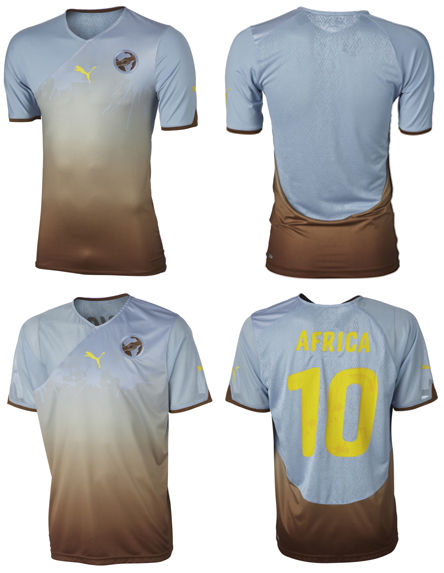 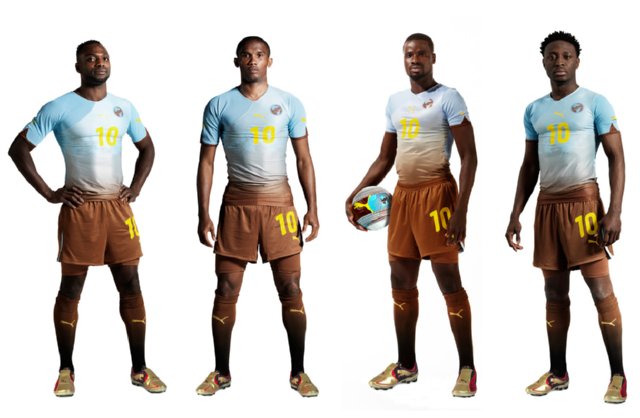 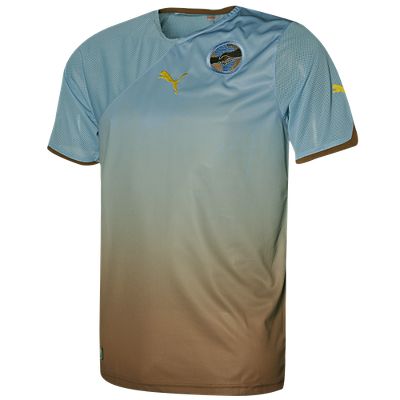 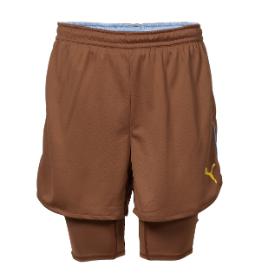 Don’t get me wrong, Puma’s ethos for the Africa Unity strip was admirable – but their execution was, quite literally, shit. I mean, it’s got a tide mark for Christ’s sake!