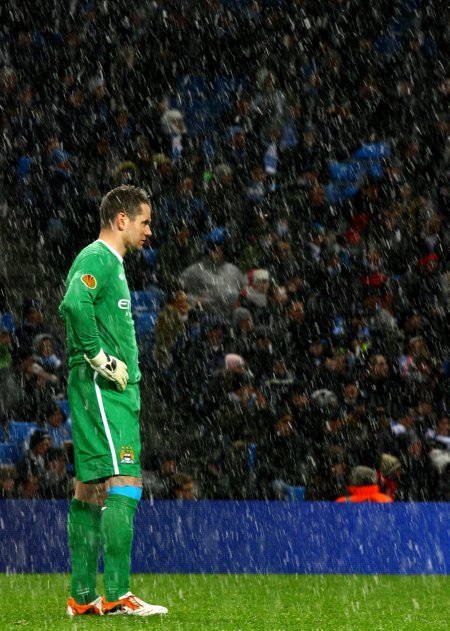 There’s a school of thought which suggests that it’s Given’s relative lack of command and physical presence (e.g, people continue to assume he’s a diminutive chap to this day – in fact he’s 6’1″) that continually put off teams with genuine Champions League ambitions from cherry-picking the Irishman from behind Newcastle’s porous defence of yesteryear – a theory perhaps lent a bit of credence by the fact that 35-year-old’s standing at Man City has gradually diminished as the club’s pretensions have swollen over the past two years.

That said, his shot-stopping chops and hair-trigger reflexes are undeniably first class and, with the years spent mopping up behind Titus Bramble Mk I, Given has undoubtedly earned the right to ply his trade as a Premier League No.1 – not as a second-string reserve teamer. 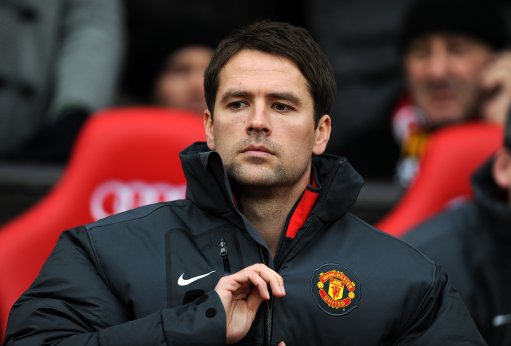 Said Owen on the subject of one Javier Hernandez recently:

“He is 10 years younger of course, so maybe he is a better version of the current Michael Owen.”

Yep. With the emergence of Chicharito at Old Trafford, it looks like L’il Mick is going to have to besmirch his CV and go slumming it in mid-table after all. That said, surely a rumoured move to Derby County (which, as it happens, has been formally debunked by Nigel Clough today) is overly-extreme. 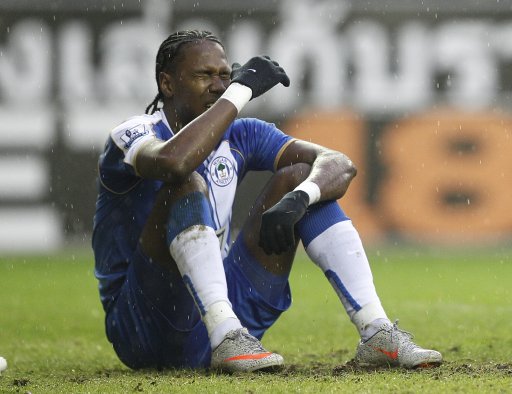 Despite being drastically oversold by those who don’t watch him bandy about for 90 minutes on a weekly basis, Rodallega has proved himself to be a 10-goal-a-season man whilst playing in a patchy, relegation-dogged side for the past two seasons – becoming Wigan’s all-time leading Premier League goalscorer (with 21 goals) along the way which, all-in-all, is not to be sniffed at.

With a healthy strike rate such as his, Rodallega is almost certainly going to wind up at a mid-table side sooner rather than later – perhaps an Everton or a Sunderland? 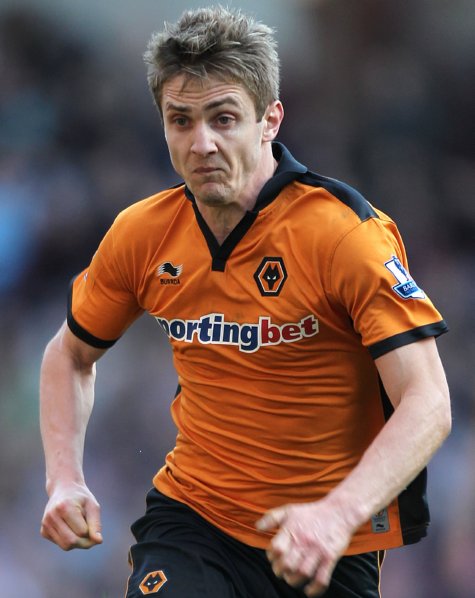 I happen to really rate Doyle, and he is a much better all-round player than the ‘tireless work-horse’ caricature which he tends to flippantly receive so often these days – he may have to run around like a blue-arse fly to forge anything for himself and his teammates at Wolves, but the Irishman is a sharp, instinctive little striker once plied with a bit of regular service.

If/when Mick McCarthy’s side bite the relegation bullet, Doyle will surely not be finding himself washing up on the shores of the Championship next season. 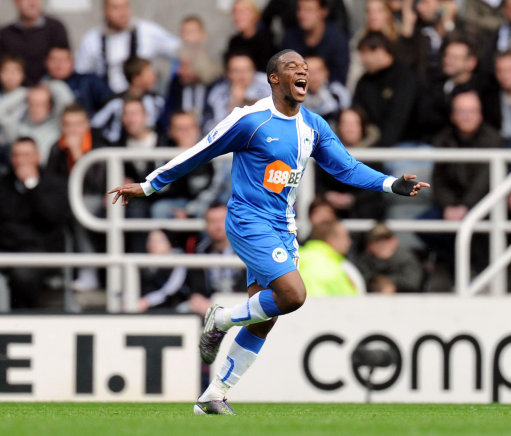 Joe Kinnear’s favourite winger is clearly a cut above having to fight for survival every season at Wigan – and doesn’t he just know it? Don’t expect him to hang around at the DW for too long this summer, regardless of his inflated asking price. 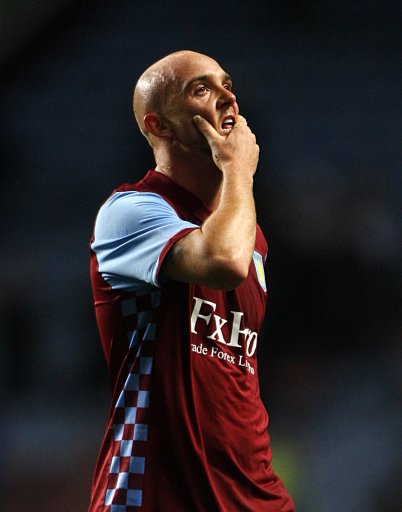 Goddamn it, this guy is a truly, truly gifted playmaker and was an utter joy to behold while he was on song at Man City which, granted, seems like eons ago now. Ireland just needs to find a club with a manager that is willing to molly-coddle him back to rude health and, more crucially, put up with his endless reams of bullshit. 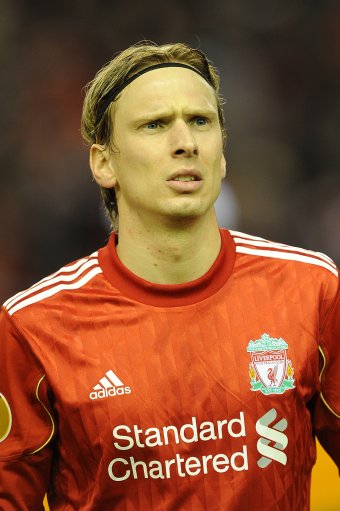 It’s abundantly clear that next to no-one rates Poulsen as anything more than menial squad-depth fodder at Liverpool. The pointless Dane, who has unfortunately become a synonymous ‘icon’ of the club’s stagnant start to the season, just needs to get the hell out of Dodge – in fact, I know a few thousand Scousers that would gladly pay the air-fare. 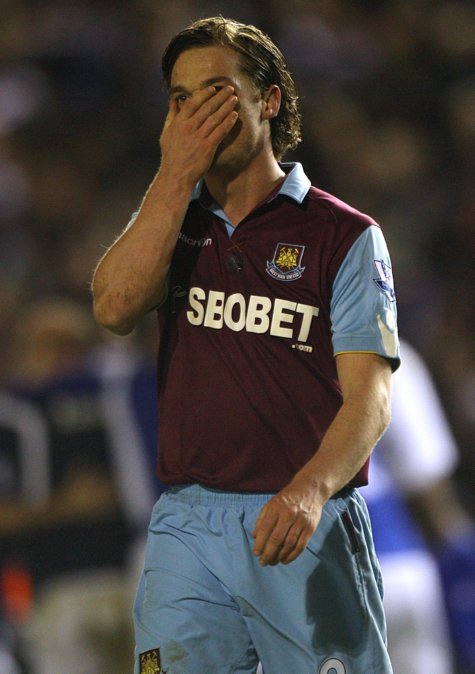 It’s a fairly simple equation: If/when West Ham go down, they will not be counting the FWA’s Player of the Year amongst their number next season. Parker may well be a sweat-soaked, ‘meat and potatoes’ midfielder – but we’re definitely talking about Premier League-standard lamb and tatties (stop sniggering at the back!) here. 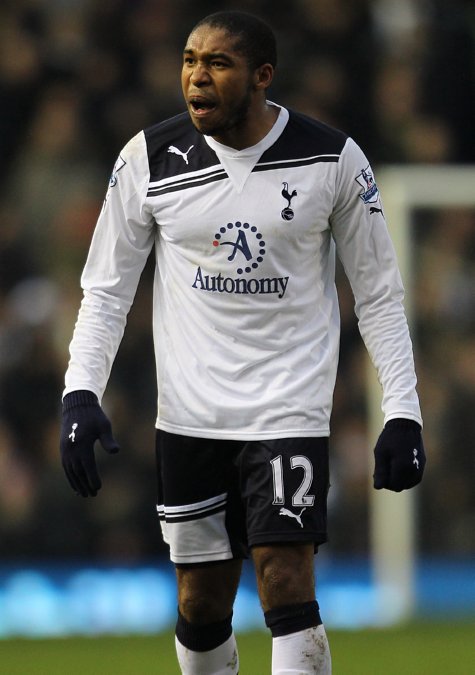 There was a time when Palacios looked like he was going to blossom into a bit of a world-beater, breaking up attacks for fun with his rampaging antics – firstly at Wigan and then during his first year or so at Spurs.

However, despite endearing himself to the fans with a series of rollicking displays throughout 2009/10, Palacios’ form has completely bottomed out this season – a fact exacerbated by the emergence of summer signing Sandro at White Hart Lane – leaving him looking like a bit of a donkey on several occasions.

The fact that even Jermaine Jenas has looked the better option for Harry Redknapp all season must be a clear indication that the writing is now firmly scrawled right across the wall in big, chisel-tip marker pen for the Honduran. 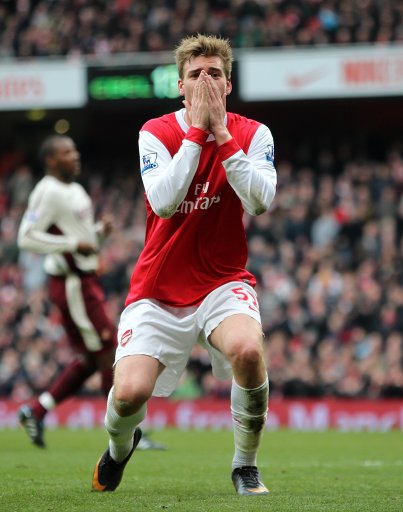 Though plenty of Gooners would love to see Denilson, Emmanuel Eboue, Manuel Almunia etc, kicked out of the door a la Jazzy Jeff this summer, if Nicky Bendts is actually going to make good on his promise to the world, then sitting around as the third-choice striker at the Emirates isn’t the way to do it. 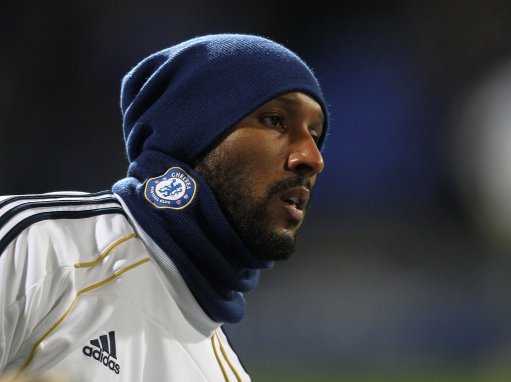 As blunt as it may sound, Chelsea need to clear some room for a certain £50 million investment and, as I’ve said before, I think that it’s going to have to be Anelka that gets the elbow – especially seeing as though Salomon Kalou obviously has a padded envelope stuffed with incriminating photos of Roman Abramovich stashed away in a safety deposit box at Abidjan Airport.

Players That Should Stay Where They Are