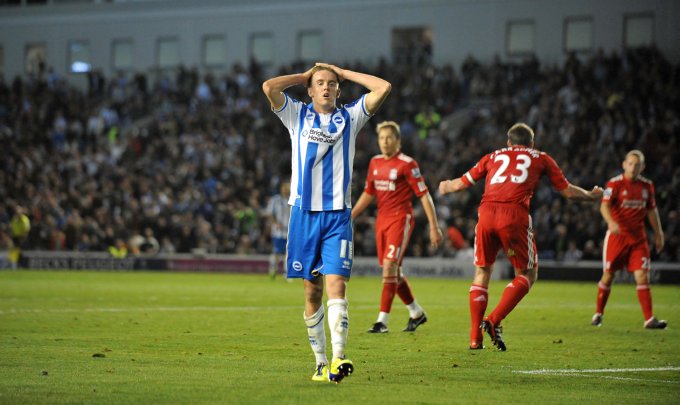 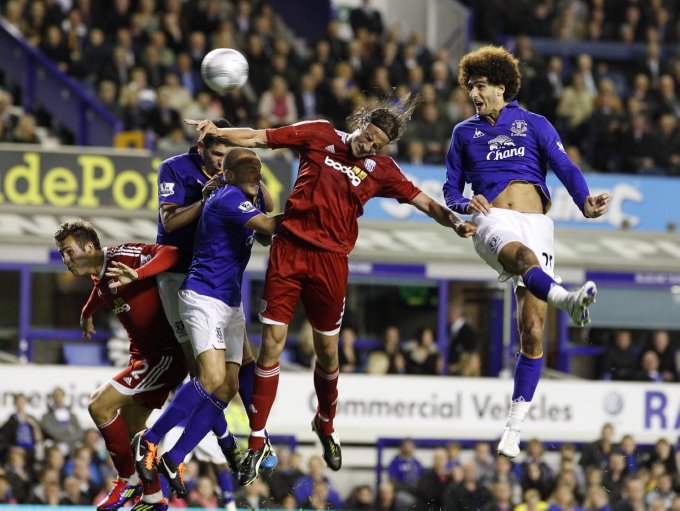 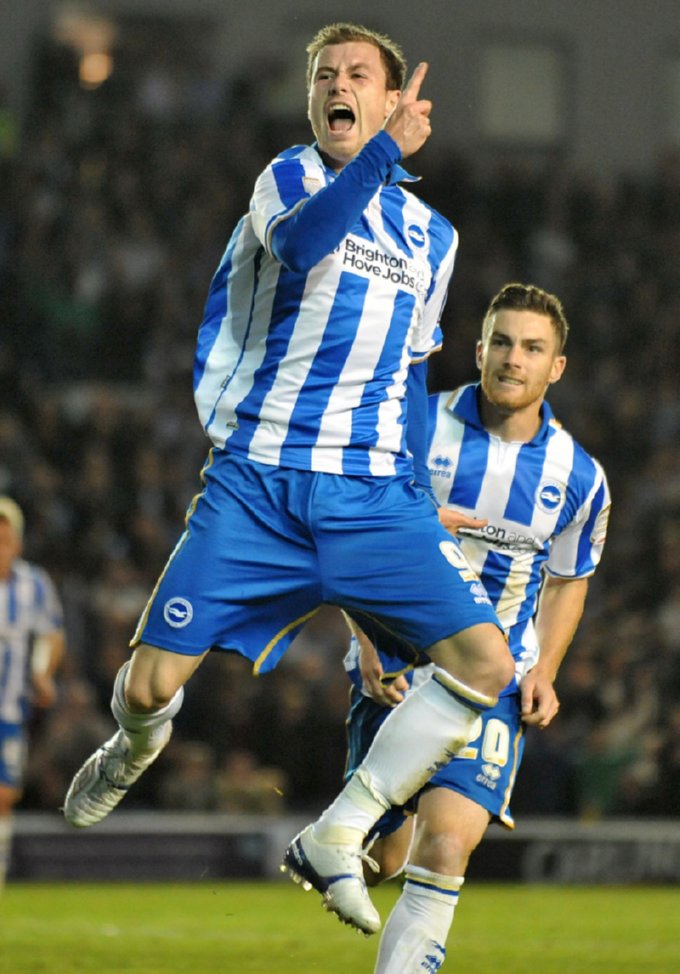 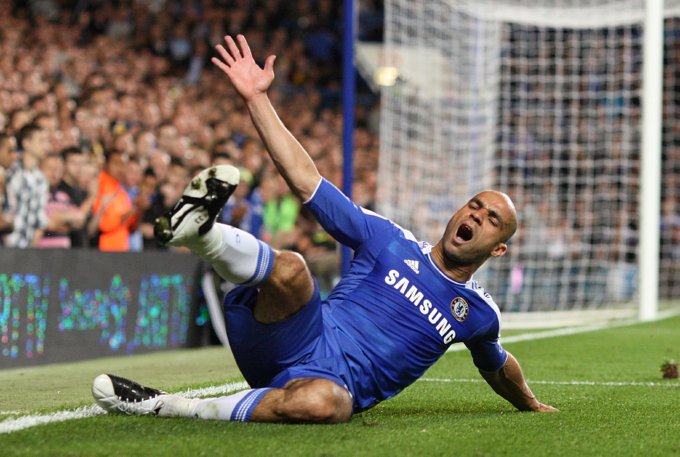 “Barcelona! It was the first time that we met…” 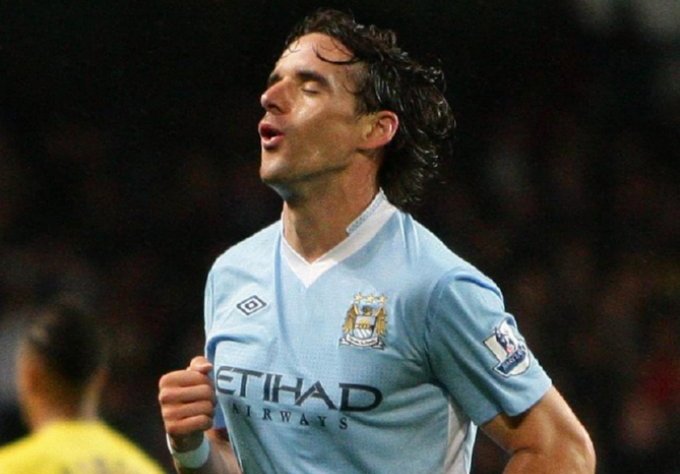 The relief is almost palpable as Owen Hargreaves momentarily banishes the memories of three long years of injury-riddled chagrin with a beautiful 25-yard strike 17 minutes into his Man City debut against Birmingham  – we’d bring you a clip of the goal, but the Football League are especially stingy with their content 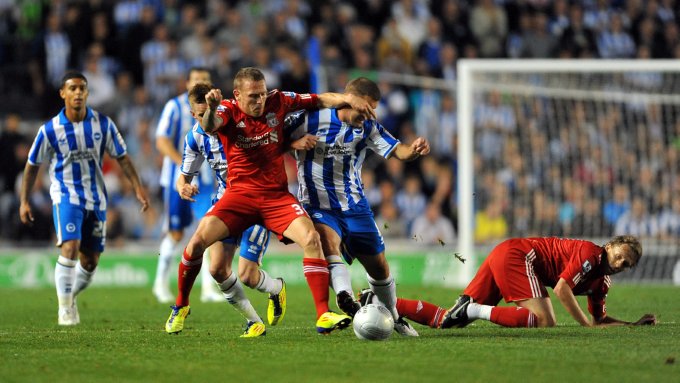 After scoring his first goal for Liverpool since re-joining on deadline day earlier in the game, Craig Bellamy and Brighton’s Alan Navarro tussle for possession 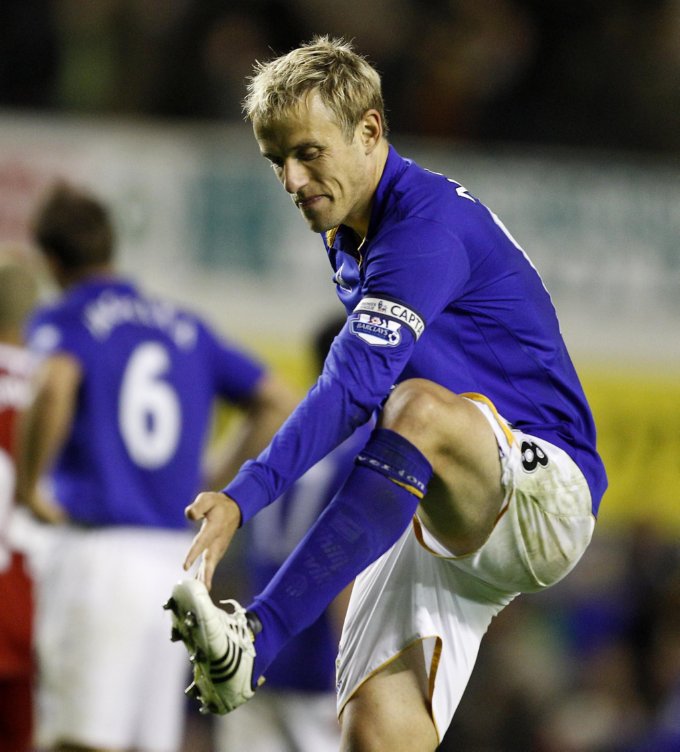 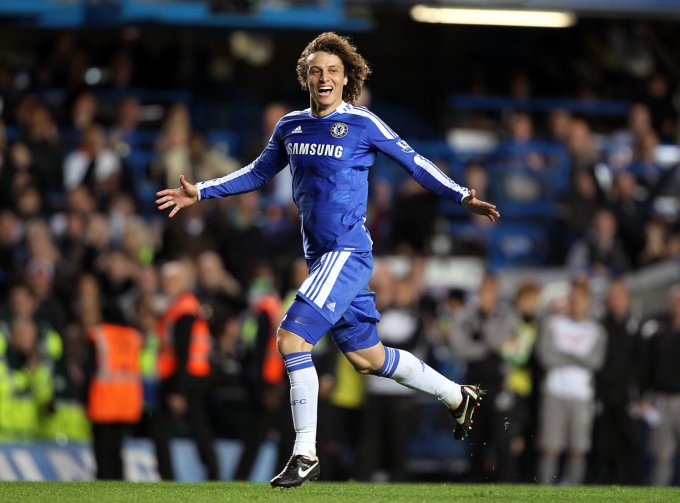 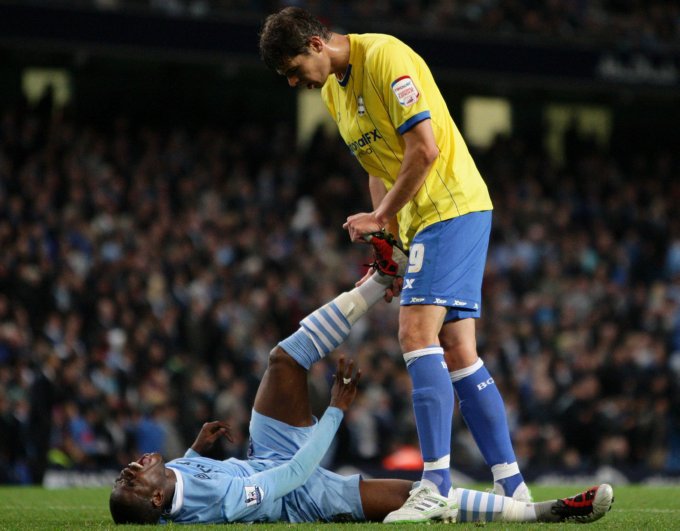 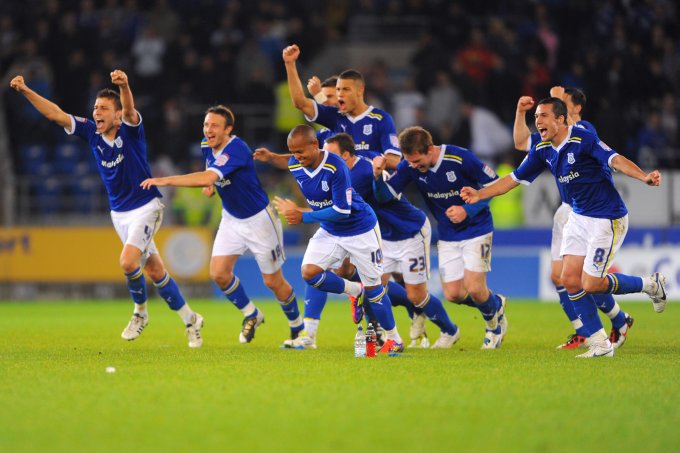 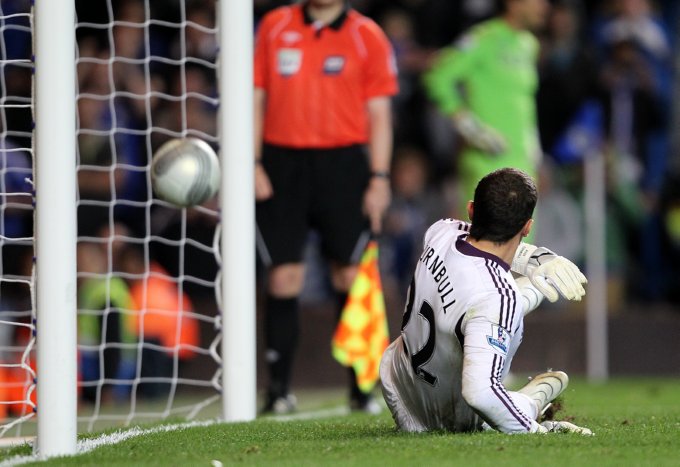