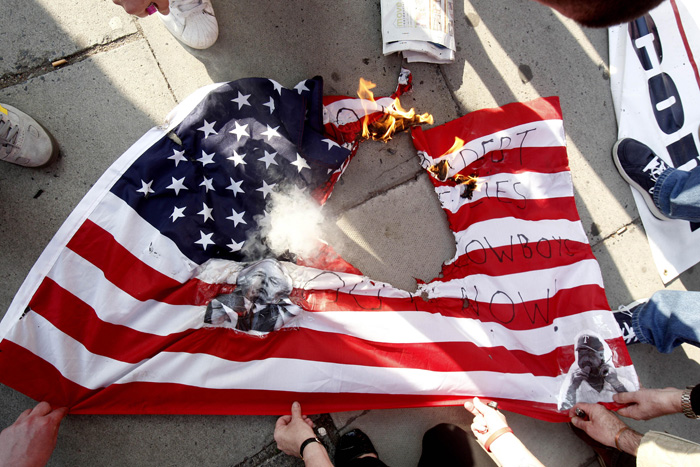 Good morning you beautiful people. First up, a few pics of angry Liverpool fans at Anfield, burning the US flag in protest over the co-ownership of Tom ‘Boss Hogg’ Hicks and George ‘Deputy Enos Strate’ Gillett.

The protest doubled as a thank-you to Rafa Benitez, whose popularity hardly waned at Liverpool despite him signing hundreds of rubbish players and generally leaving the place in a right old mess.