Can Uncle Woy take the Reds back into the top four? 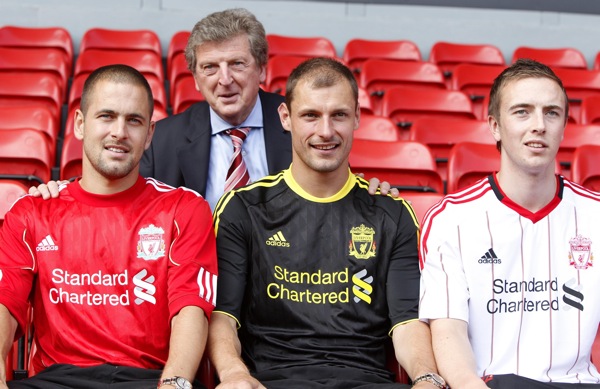 Goalkeepers – Pepe Reina is one of the best goalkeepers in the world and won’t be leaving Liverpool any time soon. He’s also a real cheerleader within the team and a very popular figure in the dressing room. Diego Cavalieri is a solid enough back-up – not that Reina ever seems to be injured. Hodgson is reportedly keen on signing Australian keeper Brad Jones too. 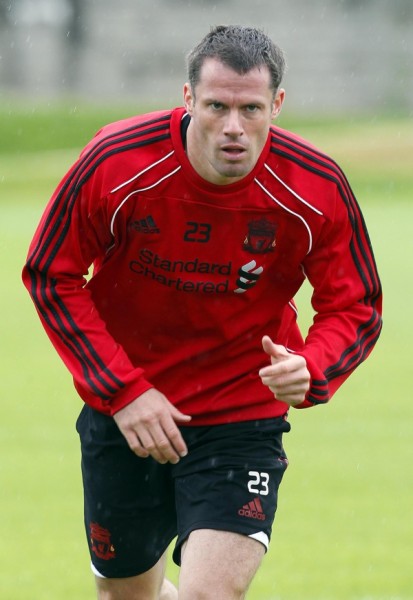 Defenders – How much longer can Jamie Carragher repel invaders at the heart of Liverpool’s defence? A couple more seasons, probably, but Hodgson will be desperate for Daniel Agger and Martin Skrtel – Carra’s understudies – to remain fit for a whole season, so at least Carra can take the occasional breather. Sotirios Kyrgiakos is more than just a useful squad member too. He adds a real physicality to Liverpool’s back four, and has proven himself to be one of Rafa Benitez’s better value signings. New signing Danny Wilson is a fine young prospect and will be eased into the first team slowly, I imagine.

Whilst Liverpool are brutishly strong at centre-back, they look much less solid at full-back. There is a rather lightweight feel about players like Glen Johnson, Emiliano Insua and Fabio Aurelio. All three can be great going forward but less secure on the back foot. That’s why Hodgson is trying to sign Luke Young, as cover for Johnson. Youngster Stephen Darby, who rarely makes mistakes for Liverpool’s reserves and did okay on loan at Swindon last season, may get the odd game at right-back too – if he stays at Anfield this year. I don’t know who the first-choice left-back will be. Insua has been linked with Fiorentina and, more recently, Genoa, but I’m not sure Hodgson sees Aurelio as his No.1 LB, so if Insua did leave, expect someone more prosaic, like Paul Konchesky, to arrive. Liverpool’s defensive corners need more stability, that much is clear. 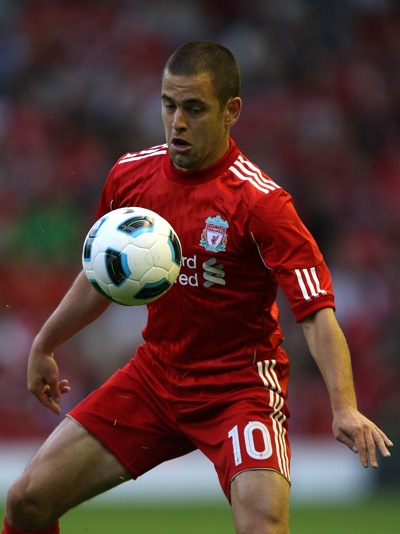 Midfielders – Like most Premier League clubs, Liverpool have a lot of midfielders on their books. Check this out: Steven Gerrard, Lucas Leiva, Javier Mascherano (at time of writing), new signing Joe Cole, Alberto Aquilani, Maxi Rodriguez, Damien Plessis, Jay Spearing, Nabil El Zhar, Jonjo Shelvey. And of course Dirk Kuyt and Ryan Babel can play in midfield too. That’s a dozen players right there. So, quantity is not an issue, but quality might be.

Even though he flopped in the World Cup – though not as badly as some England team-mates – Gerrard is still a very, very good footballer, especially for his club. The midfield will be built around the captain, again, with Lucas, Mascherano/new signing Christian Poulsen (having a medical this week) doing the dirty work. Gerrard seems to love Joey Cole and they may well prosper in tandem, while the likes of Aquilani and Rodriguez have yet to convince the Kop of their worth – this is especially true of Maxi, who has done little since he arrived.

What Liverpool need is more cutting edge on the flanks. Rafa tended to shove Kuyt and Babel out there and tell them to run around a lot, but the Dutchmen aren’t true wingers. Perhaps Hodgson will look at bringing in someone he’s worked with before in this position – like Damien Duff? Just a thought. Wigan’s unsettled Charles N’Zogbia would also be a good buy. 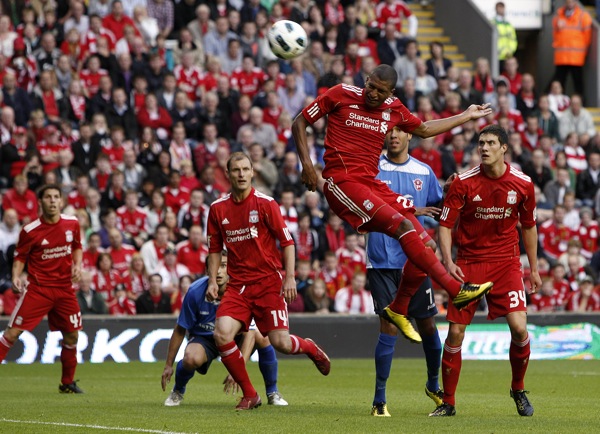 Forwards – The good news: Fernando Torres is staying. The bad news: After Torres, who is hardly the most reliable striker in the world (in terms of fitness), the cupboard looks a bit bare. David Ngog flits between brilliance and incompetence, but at least he’s getting better and will score goals this season. Milan Jovanovic is a squad player, not a match-winner, and he may end up playing left midfield anyway. Woy’s wild card is Daniel Pachecho. The 19-year-old Spaniard, signed from Barcelona in 2007, is a brilliant talent and this could be a breakthrough season for him. Hodgson can also experiment with Babel and Kuyt in more advanced roles – if Torres breaks down, he may have no choice.

Formations – Hodgson has already dabbled with a 4-4-1-1, with Joe Cole in the hole behind the lone striker. It worked against Rabotnicki, but will it work so well against Premier League opponents? I don’t see why not – it’s a good role for Cole, as it gives him freedom in a central area. If Poulsen arrives, the gaffer may feel tempted to trial a 4-2-3-1 formation (Rafa’s favourite), with two from Lucas/Mascherano/Poulsen as the DMs sitting behind a trio of more attacking midfielders: Aquilani, Gerrard and Cole, say. I wouldn’t mind seeing how Barcelona/Chelsea’s 4-3-3 plays – Poulsen-Gerrard-Lucas behind Cole-Torres-Kuyt, for example. But based on Hodgon’s past form, Liverpool fans may have to get used to a fluid variation on two banks of four.

Verdict – Liverpool’s squad is talented and enigmatic, with obvious weaknesses (at full-back and in attack), but under the calming management of Hodgson, they will surely finish higher than last season’s seventh place. With expectations on the Kop now adjusted down, no one would be too disappointed with fourth or even fifth. However, I don’t see how they plan to finish above any of Chelsea, Man Utd, Man City, Arsenal and Tottenham, all of whom have significantly better squads.

Where do you think Liverpool will finish?