First in the alphabet… first come May? 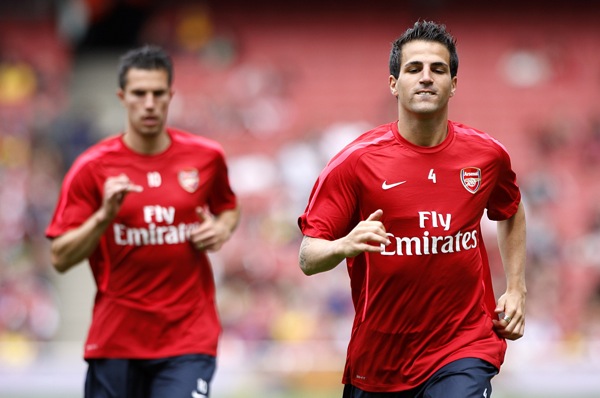 Goalkeepers – Arsenal are a top-four team without a top-four goalkeeper – still. A top-four keeper is one who makes very few mistakes, and therefore one who, crucially, inspires confidence in his defenders. Manuel Almunia can be a wonderful keeper at times, then later in the same match he can flap for a ball like a baby bird; he is not a top-four keeper. Neither is the promising Lukasz Fabianski, who reportedly looks superb in training – but what use is that if he then self-destructs in competitive games? The biggest fear for Arsenals fans going into this season is that Arsene Wenger won’t buy a top-four keeper. It looks likely that Mark Schwarzer will stay at Fulham, on the orders of new manager Mark Hughes, but I wonder why Wenger doesn’t pull out more stops to sign a proper No.1. Perhaps that’s exactly what he’s doing, but I suspect instead that he will shrug and stubbornly stick with the flawed keepers he has. If so, Arsenal will lose precious points throughout the season due to errors under the crossbar, as they did last season. Such a costly drip-drip is corrosive to morale. 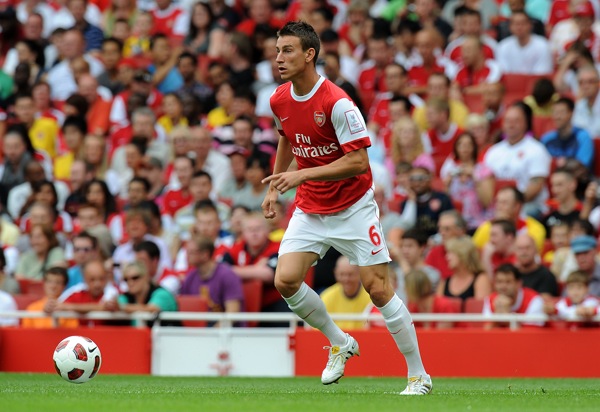 Defenders – At centre-back, the divisive figure of William Gallas has been replaced by another Frenchman, in the form of gangly Laurent Koscielny (pictured above). It’s too early to judge Koscielny but from what I’ve seen and heard he’s got what it takes to form a very effective, if inexperienced partnership with Thomas Vermaelen. Pre-season reports say he is composed on the ball and plays with his head up. Good signs.

With Big Sol Campbell now at Newcastle, and Mikael Silvestre also gone, Arsenal really need to sign one more centre-back though, and soon. Bosnian Emir Spahic could join from Montpelier. Germany’s Per Mertesacker, who would have been a very popular signing, will not play for Arsenal any time soon, however – Werder Bremen don’t want to sell him.

Arsenal look strong enough at full-back, with Gael Clichy (back to near his best come the end of last season), Bacary Sagna, Kieran Gibbs and Armand Traore available; Wenger is not one to neglect FBs, but I do think he could find a better reserve left-back than Traore, who is poor when put on the back foot. Utility man Emmanuel Eboue will get his chances too.

Midfielders – First things first: the Catalan elephant just left the room. Cesc Fabregas is staying put, probably for one more season (a la Cristiano Ronaldo). He will skipper Arsenal this year, which is a huge boost for the club – after all, he’s a world-class midfielder with two major international trophies tucked safely in his shorts, so what’s not to like?

Around Cesc, who is obviously the team’s fulcrum, Arsenal have a solid bunch of MFs, though I think they could do with one more experienced defensive midfielder – Emmanuel Frimpong showed great promise in his display in pre-season against Milan, but he is not quite ready for regular first-team action. So Alex Song (greatly improved), Abou Diaby and Denilson will carry the water again, in rotation, with creativity provided by Samir Nasri, Andrei Arshavin (who can also play up front), Tomas Rosicky (he needs to stay fit or he’ll be shown the door), Jack Wilshere and Aaron Ramsey (who is set to return around October). 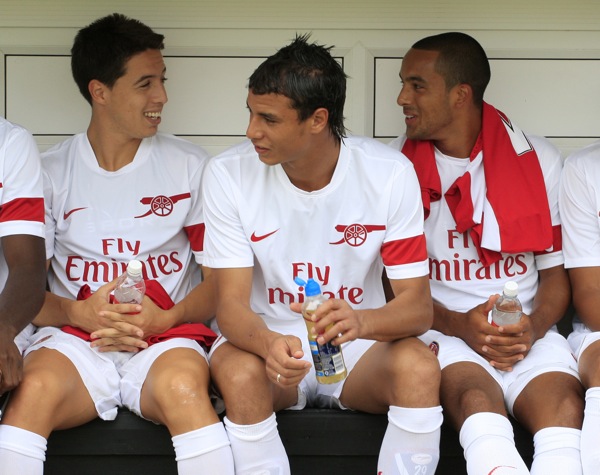 Forwards – Marouane Chamakh is in, Eduardo out. That makes Arsenal a more dangerous animal in attack, as it’s sad to say that Eduardo was never the same after the Taylor Tackle. Chamakh is a brilliant talent and I’m really look forward to seeing what he can do. Robin van Persie is the main man though, and he was missed sorely when absent last season. I still shudder at the memory of his devastating cameo against Spurs, when he changed the whole game and almost dragged Arsenal back into the match. RVP’s tendency to break down at random stages is well known, but with Chamakh around, perhaps the Dutchman will get the rest he needs.

The mercurial Nicklas Bendtner is one year older and Arsenal fans must hope he’s learned how to score easy tap-ins, to go with all those crucial goals in big games, at which he became quite a specialist. The Dane won’t want for confidence, and if Chamakh’s arrival gives him a boot up the arse, so much the better.

I feel like I’m forgetting someone… Ah yes, young Theo. No more free passes for Master Walcott. I hope he’s had some extra lessons in self-confidence over the summer, but when he goes and says something like “I shed a tear at World Cup omission”, you wonder if he’ll ever locate his balls. He can do it, he just needs to show this season that he can be more than an impact sub whose pace kills fatigued full-backs. Head up Theo, head up. You’re more than a sprinter.

Throw in Carlos Vela (now rocking the No.11 shirt), who has impressed in pre-season, and Arsenal’s attack looks stronger than it has for a few seasons. There is a nice balance there too.

Formations – The fashionable 4-2-3-1 could work a treat. For example: Denilson/Song sat in behind Arshavin/Fabregas/Nasri, with Van Persie the lone striker. I like that – the two DMs provide plenty of protection to the back four, which is something Wenger’s rampant sides often fail to do. Or a pacey 4-3-3, a la Barcelona, as Wenger often employed last season. For example: Denilson/Fabregas/Song behind Arshavin/Van Persie/Walcott. And the addition of Chamakh means the classic 4-4-2 (or more like a 4-4-1-1 if Van Persie plays off Chamakh) must be more appealing to Wenger than it was last season. Flexibility is the key.

Verdict – This must be the year when Wenger’s long-view youth policy finally pays out… right? The future’s not always the future… right?

Chelsea and the two Manchester teams have deeper squads, but Arsenal’s is probably the richest in potential. You know when you play Master League in Pro Evo and the squad of teenagers you assembled – teenagers with amazing development curves – reaches maturity and suddenly you thrash everyone? That’s where Arsenal could be now. Physical fragility is an issue though, and no doubt big, ugly sides like Stoke and Blackburn will continue to attempt – and fail, mostly – to bully Wenger’s team.

So much depends again on the fitness of Fabregas and Van Persie, the club’s two best players, whilst a better keeper would help calm the nerves, but overall I see no reason why Arsenal won’t put up an even better fight in the Prem than they did last season. Can they win the league? Yes. What are the chances of that happening though? Very slim. At least one of their powerful rivals will be stronger in the long run. Again.

Where do you think the Gunners will finish in the Premier League this season?