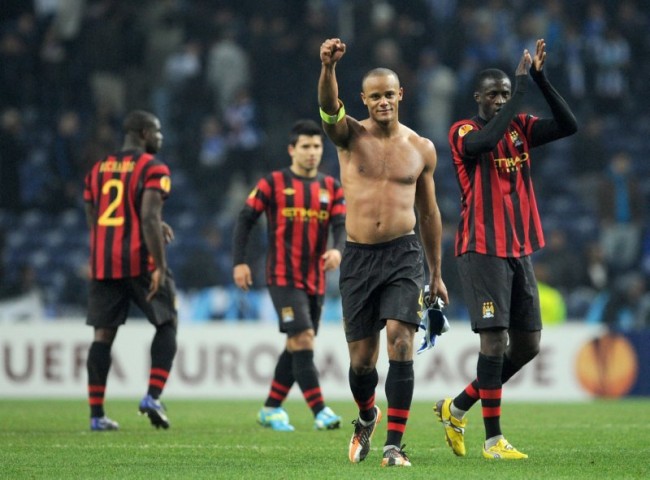 I’m not particularly glad that Manchester City won this one, but I’m deliriously cock-a-hoop that Porto lost –  and for one, sole reason: Hulk. Jesus wept, what an overrated pile of festering guano that man is. Shite touch after shite touch followed by pleading tumble after pleading tumble. Waiting to feel a touch, any touch from his marker, that being his cue to plough himself into the Dragão turf.

He possesses the bodily bulk of a brawny bison, yet he reacts to contact by bouncing around and wincing through tear-beaded eyes like he’s fabricated from balsa wood and blu-tack.

The guy has nothing. Nothing. A few utterly superfluous and largely ineffective flicks and a shot that is less ‘Howitzer’ and more ‘Surface to Air missile’. €100 million release clause? All I can say is, his agent must be bloody good. F**k him. F**k you Hulk, you whining, diving, useless cheating bag of day-old cat vomit. The most overrated player in world football, and I will hear nothing to the contrary.

Oh, Man City won 2-1. Varela opened for Porto, an Alvaro Pereira o.g bought City level and Sergio Aguero rolled home in the 84th minute to put City in charge of the tie at the halfway point.

P.S – City have also lodged an official complaint with UEFA over the alleged racist chanting from sections of the Porto fans directed at Mario Balotelli. Apropos to nothing, the Portuguese side fielded at least eight black players (that I can think of off-hand) over the course of the night.