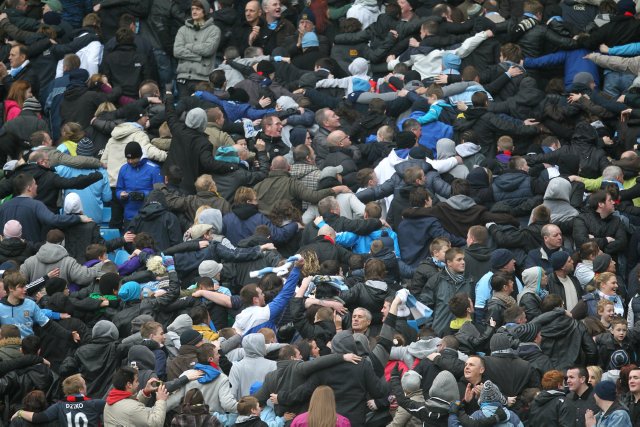 Despite taking to the field with £52 million’s worth of strikers, Man City found themselves indebted to 34-year old, free-transfer signing Patrick Vieira for getting the ball rolling against Notts County in the FA Cup Fourth Round replay at Eastlands yesterday afternoon.

After weathering a fairly precarious opening 20 minutes, in which County hit the post through Karl Hawley and found themselves going tit-for-tat with a side situated 59 league places above them, the game duly levelled out and City finally went ahead just before half-time courtesy of a deflected near-post header from Vieira.

With City’s expensively-assembled frontline of Mario Balotelli and Edin Dzeko struggling to make in-roads, Vieira then headed home his side’s second goal 15 minutes after the restart though, during the course of the melee, Balotelli suffered a cringe-inducing clash of heads with Krystian Pearce and was substituted for Carlos Tevez immediately – though Roberto Mancini later stated that it was always his intention to replaced the petulant Italian after an hour, concussed or otherwise.

Despite being bleary-eyed and playing his first football for nearly two months after recovering from a knee injury, Balotelli still saw fit to remonstrate at being replaced, muttering in Mancini’s direction before throwing his snood to the ground and marching down the tunnel – thus lending further credence to the argument that he is just not worth the hassle. 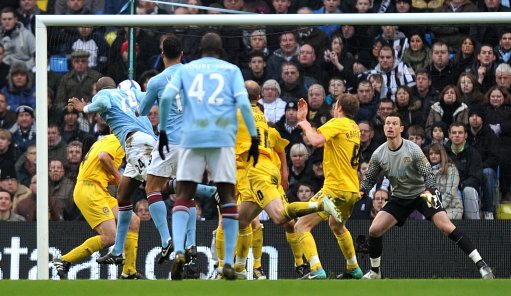 Tevez’s introduction afforded City the edge on which they’ve so readily come to rely and, as the game entered it’s final five minutes, the Argentinian forward added his name to the scoresheet – outsprinting the County defence, flitting past keeper Stuart Nelson and rolling the ball into the vacant net to make it 3-0. 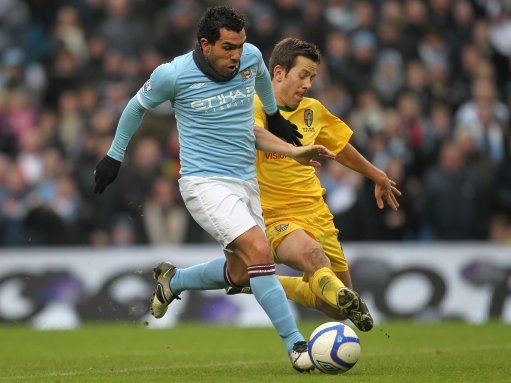 City added a further two late goals (Dzeko, ’89 and Micah Richards, ’90+1) that owed more to the County defence’s pervading fatigue than anything else – with a 5-0 scoreline flattering a star-laden side that were able to do nothing more than play utterly formulaic football and wait for their League One opponents to wilt physically.

Boring, boring Man City – who, incidentally, will now play Aston Villa in the Fifth round on March 2nd ahead of a potential quarter-final tie against Everton or Reading later in the month.