Everybody be cool, this is a rumoury! Here’s today’s round up… 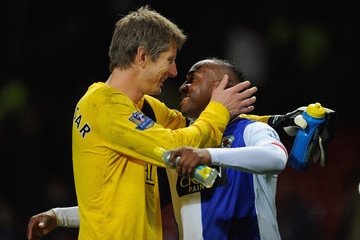 Why do birds suddenly appear…

Rumour No. 1: West Ham have made a good old-fashioned written bid for Blackburn striker Benni McCarthy. Rover’s boss Sam Allardyce has told the South African he can leave but only if the club can secure a suitable replacement and, with a loan move for Eidur Gudjohnsen on the verge of being agreed, that shouldn’t be too hard.

McCarthy has failed to turn up to the last two Blackburn training sessions and will now be hoping his move to The Hammers does go through, as Allardyce has promised to take care of the striker’s disciplinary ‘in house’ – images of hacksaws and ball-gags spring to mind – if the transfer fails to materialise. 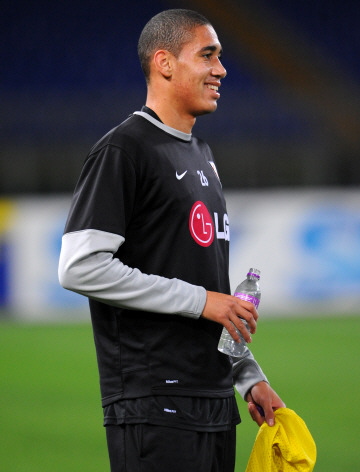 Never underestimate the importance of layers

Rumour No. 2: According to The Independent this morning, Manchester United have joined the race to sign £7 million rated Fulham centre back Chris Smalling. Arsenal declared an interest in the England U21 man last week and it seems that United are just as keen to procure the assured young defender.

UPDATE: Fulham have accepted an undisclosed bid from Man Utd and if personal terms are agreed then Smalling will join The Reds at the start of the 2010/11 season.

The Best of the Rest: Arsenal and Everton are now the favourites to sign AC Milan striker Klaas-Jan Huntelaar, but The Toffees are struggling to raise the cash to pay the Dutchman’s £65,ooo-a-week wage demands.

As well as bringing in Eidur Gudjohnsen, Blackburn Rovers also look set to win the race to sign James Beattie from Stoke, with West Ham and Wolves also known to be interested in the former England man.

In even further Blackburn news, Rovers are reportedly on the brink of signing Stuttgart’s Turkish midfielder Yildiray Bastürk on loan until the end of the season.

In even bloomin’ further Blackburn news, Zenit St. Petersburg have made a £4.3 million bid for Aussie midfielder Vince Grella.

Sunderland are to outbid Tottenham to secure the signing of Portsmouth’s Younes Kaboul. Steve Bruce is desperate to fortify his defense during January and will make a £10 million bid for the French centre back to do so.

Birmingham City have stepped up their interest in Spurs striker Roman Pavlyuchenko. Judging by the amount of times Brum have ‘stepped up’, the Russian forward must be on top of some kind of plinth!

Wigan Athletic have agreed a £6 million deal for Villarreal B striker Marco Ruben. Good luck with that one.

Andranik Teymourian has admitted he may have played his last game for Fulham as he seeks a move away from Craven Cottage.

Burnley have made an approach for Celtic’s Danny Fox despite the left back only joining The Bhoys in the summer.

Middlesbrough boss Gordon Strachan wants to bring in QPR’s Wayne Routledge and Celtic’s Stephen McManus before the end of the month.