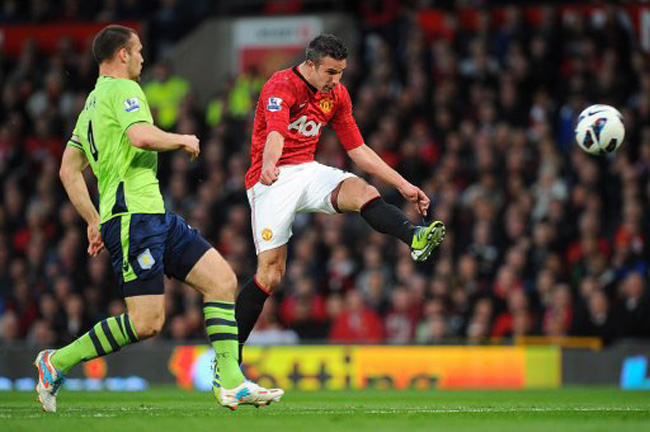 A single never wins a trophy for his team on his own, but in signing Robin Van Persie from Arsenal in the summer, Sir Alex Ferguson made the decisive purchase of the season.

The Dutchman’s goals have been key to United’ success this season and against a lacklustre Villa side, he banged in three to secure his first league title and his club’s 20th.

Wayne Rooney was the architect of Van Persie’s first two goals, the second of which was a magnificent volley while Ryan Giggs, now the proud owner of an incredible 13 Premier League winners’ medals, set up the striker for his third. And that was that.

Arguably, this isn’t the best of Fergie’s title-winning sides, with his midfield maybe lacking the dominant qualities of the past. However, the Red Devils’ firepower has simply blasted the club to another deserved title. Arsenal fans will no doubt be delighted at the prospect of seeing their players provide the customary guard of honour for the visiting RVP and United at the Emirates next weekend.

As for Paul Lambert’s Villans, they are just three points above the drop-zone, having played a game more than 18th place Wigan.