Hungover, apologies if none of this sakes mense. Here’s the round-up… 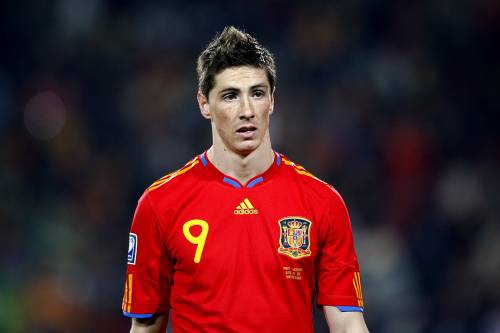 Rumour No. 1: Chelsea owner Roman Abramovich has flown out to South Africa in an attempt to secure the £50 million signing of Fernando Torres.

Abramovich has scheduled face-to-face talks with Torres’ representatives over the next few days, and the Russian oligarch is prepared to ‘push very hard’ to finalise the deal. 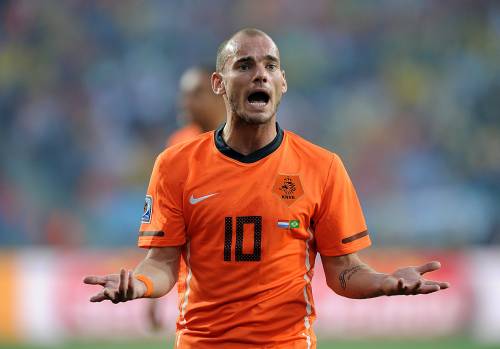 Ferguson has been a keen admirer of Sneijder’s for some time and, after an impressive showing in South Africa, the Scot has told his money men to do all they can to procure the signing of the 26-year-old before the start of next season

The Best of the Rest: Chelsea are also being linked with a £12 million move for Germany’s World Cup holding man Sami Khedira.

Manchester City have had a €15 million bid for Inter Milan striker Mario Balotelli turned down.

City have also offered Brazilian winger Robinho to Valencia on a season-long loan.

Barcelona coach Pep Guardiola has been making clandestine visits to the Spanish World Cup camp in a bid to seal the signing of Arsenal midfielder ‘Cesc Fabregas.

Newly-appointed Liverpool manager Roy Hodgson has admitted that he is interested in signing free-agent Joe Cole, but also revealed that he is yet to hold talks with the former Chelsea winger.

Liverpool are also set to fritter away over half of their summer transfer budget by signing £6-million-rated left-back Maynor Figueroa from Wigan.

Tottenham target Diego Forlan has declared that he will never return to English football, following his widely-derided spell at Manchester United.

With right-back Maicon set to move to Real Madrid, Inter Milan coach Rafa Benitez is eyeing up potential replacements – with Tottenham’s Gareth Bale and Liverpool’s Glen Johnson both being mooted.

Bayern Munich have warned a host of Premier League clubs that their trio of German World Cup stars – Bastian Schweinsteiger, Thomas Muller and Phillip Lahm – are not for sale.

Real Zaragoza have been hawking Jermaine ‘tax dodge’ Pennant around the lower echelons of the Premier League. Wolves have already turned down the chance to sign the former Liverpool winger but Wigan and West Ham are yet to respond either way.

Newcastle are hoping to agree a twelve-month deal with Manchester United for winger Tom Cleverly, who impressed whilst on-loan at Watford last season.

Brazilian forward Geovanni has left Hull City after agreeing a deal to terminate his contract.