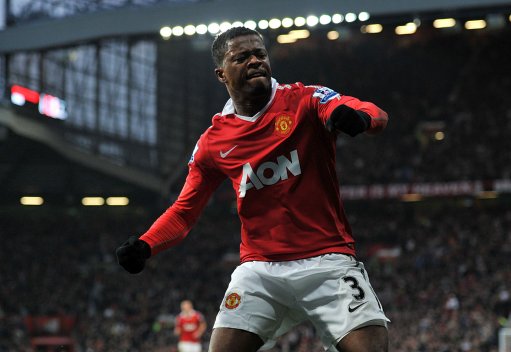 Manchester United football man Patrice Evra has laid in to Arsenal ahead of the two club’s table-topping Premier League encounter on Monday night, jibing that the Gunners’ ongoing barren streak has rendered the club nothing more than a ‘training centre’.

In an interview with Canal Plus, Evra said:

“Arsenal is a training centre. I watch them play and enjoy it but will they win the title? That’s what people will remember.

“Arsenal are a great club but it has been five years since they won anything and that for me is a crisis. We could lose to them on [Monday] but then what? There is nothing (for them), there will be no trophy, nothing.”

The Frenchman – who, to be fair, does have a point – continued:

“When you play against Arsenal it is a lot of fun. They are a team that play football. They won’t come to Old Trafford and put 11 men behind the ball.

“The difference is we play football but also have power. Sometimes they don’t kill matches off while we are more efficient.”

Upon hearing Evra’s nefarious slandering, L’il Samir Nasri popped his head above the parapet to rally in Arsenal’s defence:

“We are not children and we will demonstrate that on Monday. We will show Manchester United that Arsenal have really grown.”

Meow! Such a feisty little hatchling.