Yes, Scholes is class and the likes of Zidane and Cesc love him, but can we also agree that he’s one of the worst tacklers of the Premier League era – and he’s been getting away with awful tackles for far too long, partly because commentators chuckle and make light of it. Until today, that is, when he got what he deserved at Wembley – anyone who defends Scholes’ intentional studs-up challenge on Zabaleta is an idiot; then again, there’s no shortage of eejuts on the internet these days, so fill your boots if you feel like it. 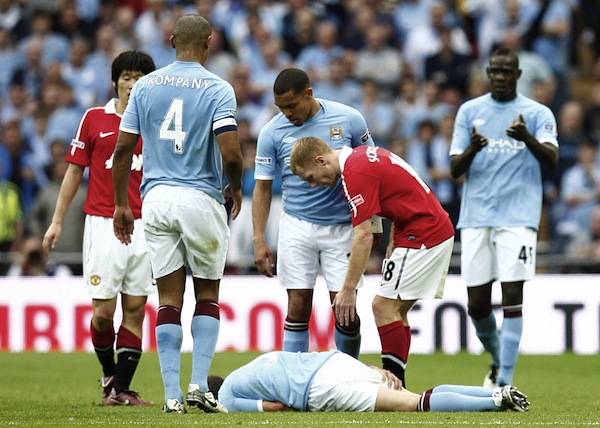