We present the best pics from a sun-drenched Emirates Stadium, as Arsenal did Chelsea a massive favour by beating Man Utd. Aaron Ramsey scored the winner – a neat finish it was too, after a pull-back inside the box from skipper Robin van Persie – to cap his comeback from a broken leg, and Fergie, redder of face than usual, spent a lot of time glaring at his watch… 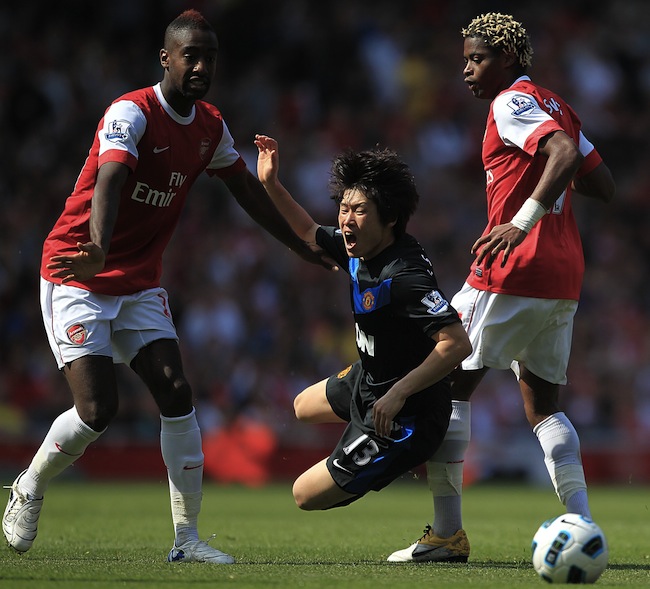 Chelsea are now just three points behind United. There is life in the title race yet. Of course, the two sides meet next Sunday afternoon at Old Trafford in what will inevitably be billed as a title decider.

Who do you think will win the league now?