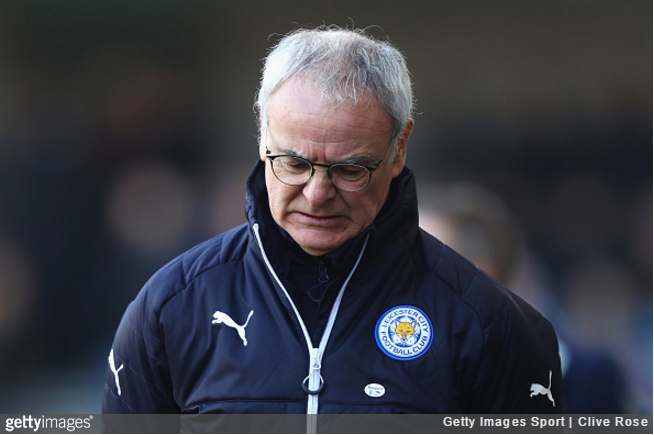 Leicester City have just confirmed they’ve parted company with Claudio Ranieri, the man who delivered unto them the 2015/16 Premier League title just nine short months ago.

The decision was made to pull the plug with the defending champions currently teetering just one place and one point above the 2016/17 relegation zone.

As per the statement issued on the club’s official website:

His [Ranieri’s] status as the most successful Leicester City manager of all time is without question.

However, domestic results in the current campaign have placed the club’s Premier League status under threat and the board reluctantly feels that a change of leadership, while admittedly painful, is necessary in the club’s greatest interest.

Well, well – and this coming just three weeks after the 65-year-old Italian was given an “unwavering” vote of confidence by the Foxes’ owners.

Honestly, we thought Leicester would stick with Ranieri even if they were to go down, especially given that his side are still in the Champions League.

That said, if they are dead-set on fending off an unprecedented relegation, then now is as good a time as any to make a change.

Football is a ruthless business – this, we know.

If Leicester were six or seven points above the dotted line, Ranieri would still be in charge tonight. They aren’t, so neither is he.

As we’ve seen many, many times, goodwill and loyalty don’t tend to stretch very far when results are suffering.