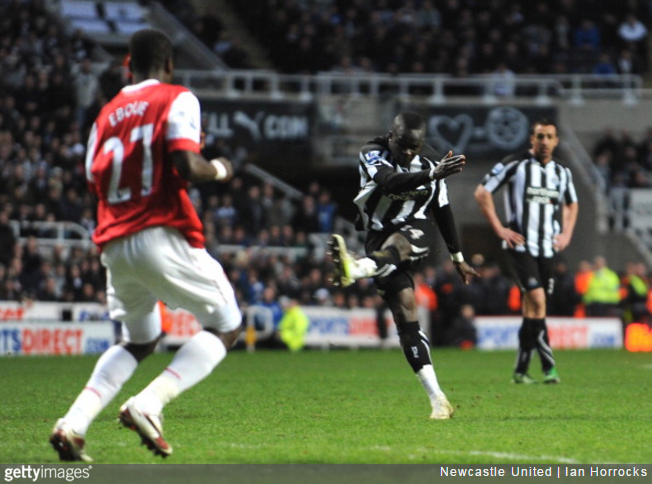 When Cheick Tiote rifled one home from the edge of the box in the 87th minute of a stone-cold thriller at St James’s Park on this day in 2011, it completed a remarkable comeback for the Toon. They had been 4-0 down at half time.

Having spent a fallow season down in the Championship, the newly-promoted Magpies were relishing being back in the top flight and had already beaten Arsenal in London earlier in the season.

However, Theo Walcott put the Gunners 1-0 up in the first minute before a Johan Djourou header and two goals from Robin van Persie had the visitors up by three goals inside the first 10 minutes and up by four at the break.

Then, three minutes into the second half, Djourou limped off the pitch injured. Arsenal began to creak and crumble.

Just two minutes later Abou Diaby was sent off. Joey Barton then scored a penalty in the 68th minute, Leon Best made in 4-2 in the 75th, and Barton added another from the spot in the 83rd as Newcastle stormed back from the brink.

Then, with three minutes of normal time left to play, up stepped Tiote to rattle home his awesome thunderbolt…

If you’re going to blow a four-goal lead then you may as well do it in style!