The Angel apparently never goes anywhere without his bodyguard, which appears to be either former West Brom manager Alan Irvine or Father Ted… 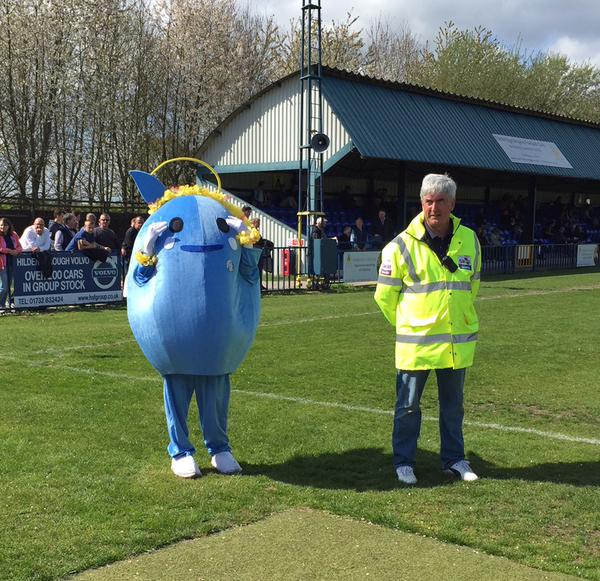 What the hell is that thing supposed to be? It looks like an store-soiled Easter egg dressed up in knock-off Pokemon pyjamas.

Definitely one to add to the list of Craptacular Football Mascots, we think.