ENGLAND are out of the World Cup. Germany thrashed England. Frank Lampard’s goal was wrongly ruled out. But England let in 4 and scored 1. Okay. Okay. England scored 2. On a brighter note, England ARE better than Slovenia. And what they don’t know about goatherding only the Albanians can teach them… 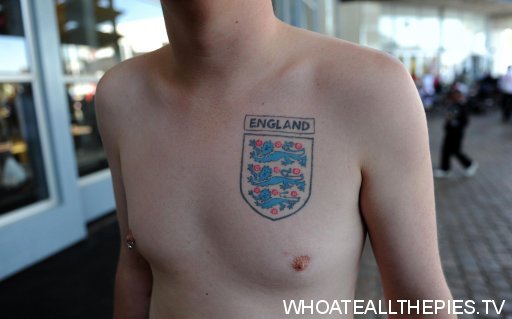 An England fan with a threee lions tattoo as supporters begin to arrive in Bloemfontein ahead of their first knock-out game of the 2010 World Cup against Germany in South Africa.