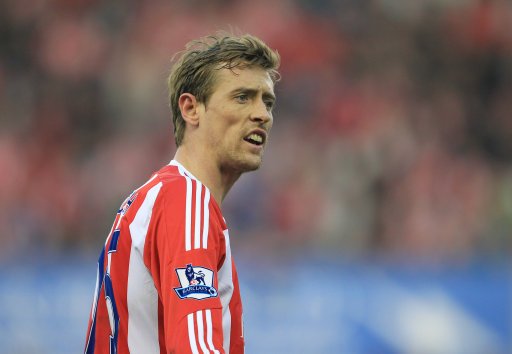 It’s got the distinct whiff of ‘spurious bullhonky’ about it, but The Sun (among others) are claiming today that Peter Crouch is to be handed his very own TV chat show, tentative title: ‘Crouch on the Couch’, with Sky planning to produce a pilot episode later in the year – with growling six-toed troglodyte Liam Gallagher the preferred inaugural guest.

“Peter is a smart guy and takes on the role of a chat show host well. He has a long list of people who he considers heroes, in comedy, music, food, you name it. The idea is he will go and visit people at their homes or workplaces and chat to them in a quirky way.

“It’s more Ruby Wax than Michael Parkinson as it’s supposed to be more of an entertainment show. Peter has a good command of the English language and listens well — vital ingredients for this kind of show and not something many footballers have.”

Let’s be fair, Crouch is fairly erudite, self-effacing and jovial as far as footballers go, maybe – just maybe ‘Crouch on the Couch’ will all come together as a chaotically watchable hotch-potch. Maybe. That said, maybe it’ll be complete tripe.

Anyway, we’ve got our hands on an exclusive artist’s impression of what the ‘Crouch on the Couch’ set may look like…

Disaster. Waiting. To. Happen. However, it kind of got us thinking about footballer-fronted shows we’d like to see. How about ‘Wife Swap’ with John Terry? Too risky? How about ‘Out and About with Dirk Kuyt’? ‘Baines, Trains and Automobiles’?