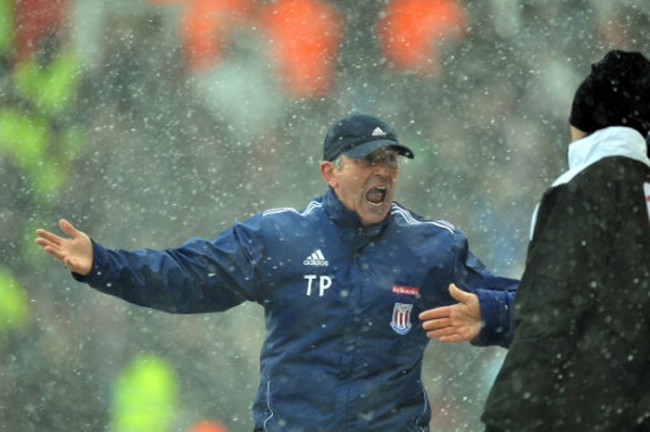 Martin O’Neill’s Black Cats continued their ascent of the table on Saturday against Stoke, although the very harsh sending-off of Robert Huth on half-time was undeniably a game-changing moment.

Under O’Neill’s leadership, Sunderland have blossomed and came to the Britannia Stadium looking to make it five wins out of their last six league fixtures. However, the Arctic conditions made for a rather messy first half of football. Just before the break, Roberth Huth slid in on David Meyler, only to miss the ball completely. Despite keeping his feet low and showing the minimum of malice in the challenge, card-happy ref Martin Atkinson sent off the big German. Not surprisingly, Tony Pulis was a less-than-happy man.

After the break, the Black Cats piled on the pressure,  and eventually the goal came. The ever-impressive Stephane Sessegnon fed in-form winger James McLean, and the Irishman shrugged off the challenge of Andy Wilkinson before firing home.

Stoke tried to get back into the game, with both Ricardo Fuller and Peter Crouch going close. Ultimately, however, it would be the Black Cats who would secure all three points, points which move them up to eighth in the table. Stoke, on the other hand, were left to rue that dodgy refereeing decision.