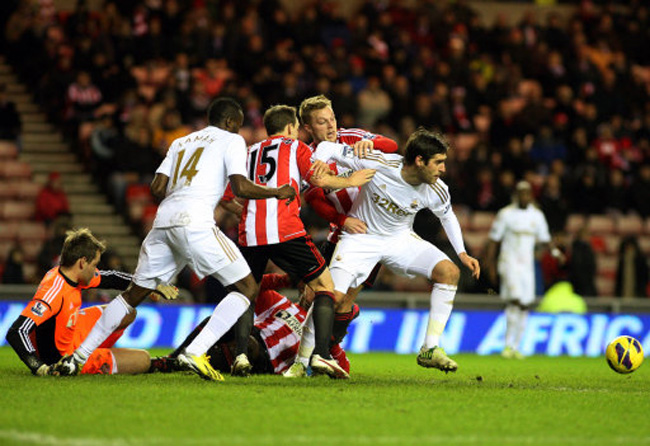 Despite dominating large periods of the game, particularly in the first-half, Michael Laudrup’s Swansea couldn’t find a way past the Black Cats on Tuesday night.

Chico Flores came closest to opening the scoring in the first-half, only to see Simon Mignolet save well from the Spaniard.

After the break, Martin O’Neill’s charges improved but rarely troubled the Swansea backline. Indeed, it was the Swans who ultimately could have won the game, with both Nathan Dyer and Danny Graham going close. Instead, both sides would have to be happy with a point.