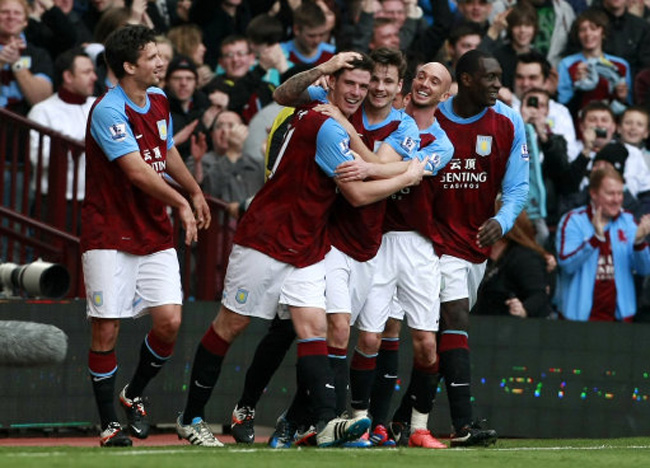 With Arsenal failing to win against Norwich on Saturday, Spurs went into their game at Villa Park knowing that a victory would see them move into third with only one game to go.

However, the north Londoners failed to find their best form against a Villa side who had been dismal at home for most the season. Still, it was Irishman Ciaran Clark who opened the scoring for the home side, seeing his effort deflect in over Bard Freidel on 35 minutes.

Left-back Danny Rose saw red for a dangerous tackle but 10-man Spurs went level on the hour-mark, courtesy of an Emmanuel Adebayor spot-kick. However, Harry Redknapp’s men were unable to get those all important three points and now find themselves a point behind the Gunners.