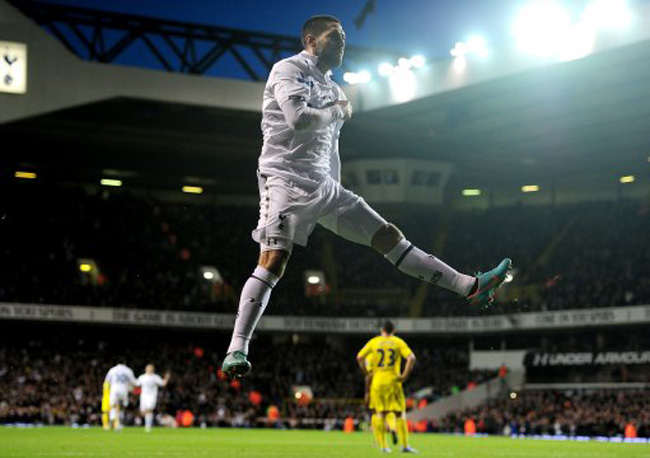 Despite conceding the first goal of the game, courtesy of a close-range Pavel Pogrebnyak header, Tottenham dominated the vast majority of their home clash with Reading and ultimately secured a vital three points in the race for Europe.

Pogrebnyak’s goal came after just four minutes, when the Russian nodded home after a fine Ian Harte free-kick had come back off the crossbar. However, with five minutes, Spurs were level, courtesy of a Michael Dawson header from a Gylfi Sigurdsson corner.

AVB’s charges fired in shot after shot but it took until the 51st minutes for the home side to finally take the lead, when Emmanuel Adebayor powered home a superb header after great work from the superb Aaron Lennon.

Reading, however, refused to lie down, and came very close to getting themselves back in the game, only for Jimmy Kebe’s effort to be foiled by Kyle Walker before Michael Dawson cleared an Alex Pearce effort off the line.

Alas for Brian McDermott’s side, those failures to bag a second goal proved costly as soon after, Clint Dempsey saw his effort deflected in over Adam Federici to give the Lilywhites a deserved three points.

Spurs go third while the Royals stay second from bottom.