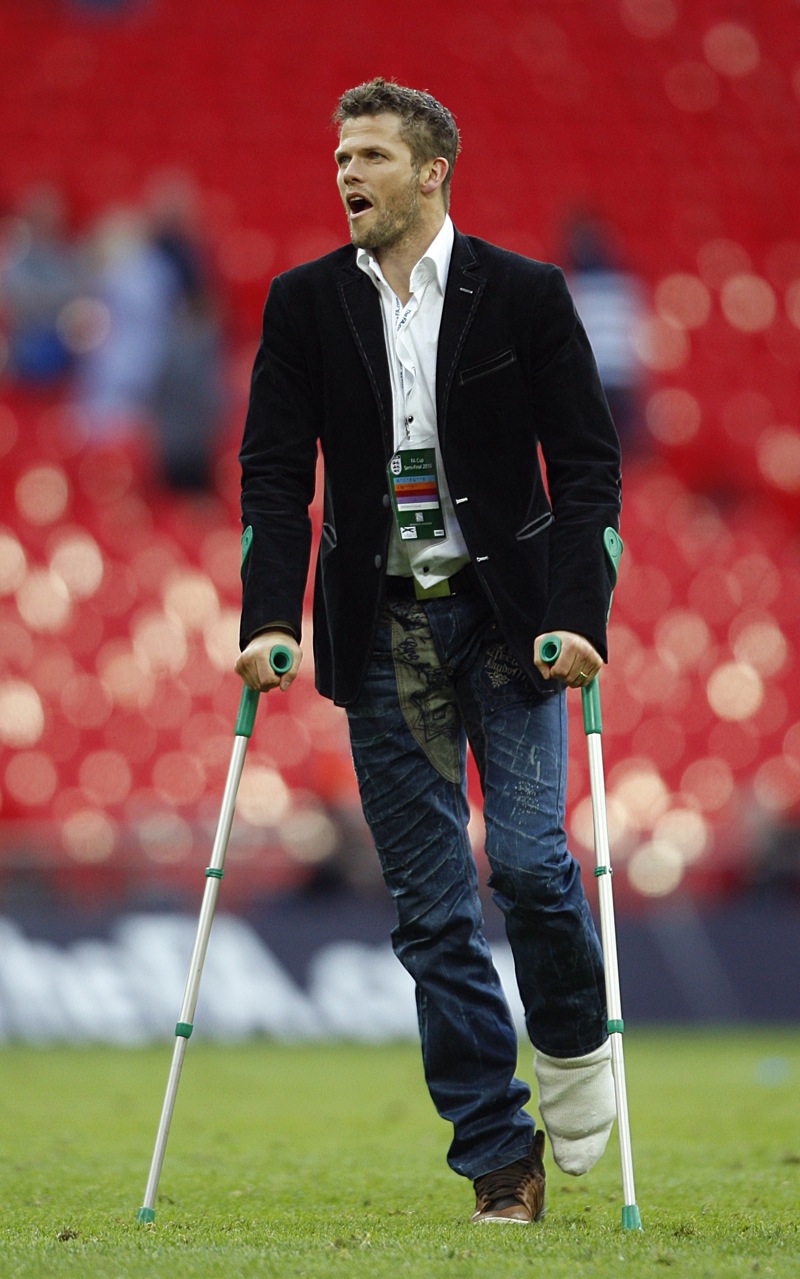 Portsmouth's Hermann Hreidarsson on the pitch after the final whistle