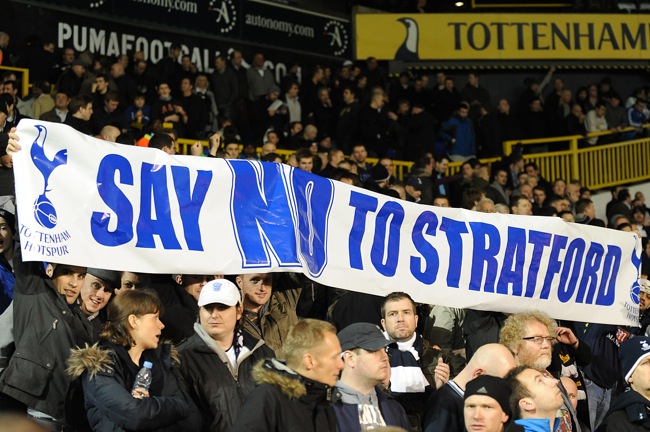 Loud and clear: A section of Tottenham fans show their opposition to the Stratford move

Initially it looked like a bluff to stop TfL and Haringey council holding the club to ransom and it might still be, but Tottenham Hotspur Football Club moving to east London is worryingly possible.

Following the club’s plans for a new stadium is a confusing business. There have been times when you could be forgiven for thinking the Northumberland Park development project (a 56,000-seater stadium adjacent to the current one) was imminent. Just when it looked like planning permission had been granted there was always another body to satiate. Architectural plans written. New deadlines. And now there’s the bid for the Olympic Stadium which Tottenham and West Ham are both doing their best to get.

Whether you’re a regular, a visiting supporter or watching on television White Hart Lane leaves an impression as a loud stadium. The atmosphere, especially for European games and derbies (and even more importantly if you sit in the right part of the ground) is fantastic. The way the larghissimo version of ‘When The Spurs Go Marching In’ echoes around the ground makes the hairs on your arms stand on end.

But it is only 36,000 in capacity. The stand out statistic in the Swiss Ramble’s report on Tottenham’s finances was the gulf in match-day earnings between us and the likes of Manchester United and Arsenal. With UEFA’s Financial Fair Play Regulations around the corner it’s more important than ever for clubs to maximise revenue so they can spend more on transfers and wages. With 33,000 people on the paid-for season ticket waiting list, selling 20,000 more tickets a week won’t be an issue. 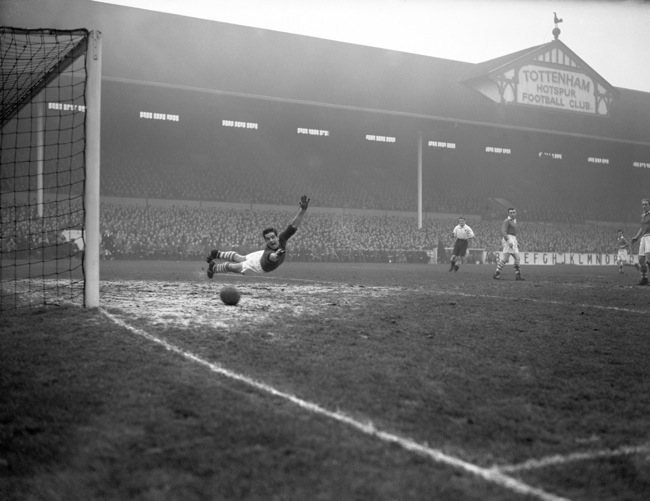 I remember my first visit to the Lane vividly. I was an hour and a half early and sat in my seat, enveloped by the steep stands, marveling at how strangely intimate the place was – like a big front room. But it isn’t White Hart Lane that I’m attached to. It is home, but I accept we can’t live there forever. Brace yourselves for the most horrifying statistic in football – Arsenal have won the league more times at White Hart Lane than Spurs.

What’s important is that we stay in Tottenham. It isn’t complicated really – football, at domestic and international level, is a territorial game. American sports teams can be franchised across the country, but that is unacceptable in English football. The high-profile modern example is what happened to Wimbledon, or the Milton Keynes Dons as they are now known. A club that quite literally gave their history away, including records, honours and a replica FA Cup, to Merton Council and AFC Wimbledon.

Being from south London I have no tie to Tottenham or Haringey other than Tottenham Hotspur Football Club. I’ve only ever been to the area to watch games and buy tickets. Our three best players grew up in Cardiff, Former Yugoslavia and a Dutch caravan park, and we have fans all across the country, but the club’s roots are firmly rooted in Tottenham. We’ve been there for 129 years.

The club’s original plans to build a new stadium next to the current one suggests there isn’t better location elsewhere in the area. Much is made of the poor transport links around the current stadium, but 36,000 people manage to make it into their seats by 3 o’clock on a Saturday afternoon. I appreciate that people’s time is valuable, but I won’t sacrifice the club’s heritage to get home 20 minutes earlier.

Ideally transport needs to be improved, that’s obvious. In the hour after the game there could be twice as many trains from White Hart Lane station as there currently are, which would be some compensation for the nearest tube station being 20 minutes walk away. Northumberland Park station could also be better utilised. 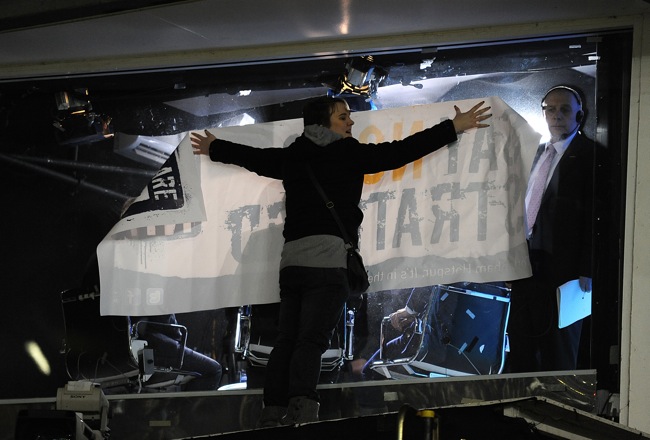 Can you read this? A Tottenham fan holds up an anti-Stratford banner to a TV studio window at White Hart Lane

There are a host of other arguments, issues and agendas on both sides. Debates about running tracks around football pitches, the Olympic legacy, developing Crystal Palace, whether West Ham can sell out a stadium double the size of Upton Park, the regeneration of Haringey, copyright threats and even a warning of civil unrest. All these things are irrelevant.

There seems to be little doubt that Stratford is a more attractive proposition financially and this forms the basis of most pro-move arguments. £200m is the figure that’s doing the rounds and even if this isn’t a liberal estimate I’m not interested, because the saving would come at too high a cost. The financial projections for Stratford aren’t relevant, just like the financial projections for moving to Milton Keynes aren’t relevant. Or Wembley. Or Woolwich. We are Tottenham Hotspur.

If the future of the club was in jeopardy moving might be a last resort, but that emphatically isn’t the case. The worst-case scenario staying in Tottenham is the Northumberland Park development project not going ahead, continuing to sell 36,000 tickets a week, and we keep our integrity. Even if we fall behind the higher earners there are still only five teams in the country that earn more money than us. Doesn’t sound like the end of the world to me.

2013 marks the 100th anniversary of Arsenal’s move over the river, the beginning of the north London derby. It would be tragic if a year or two later they had north London to themselves.

Editor’s note: I was going to write a piece exactly on these lines – as many of you know, I support Tottenham – but Jack did it so well I thought it best simply to republish his piece here.

But I will add this: I am honestly astounded at the large number of fellow Spurs fans who seem to be in favour of a move to east London. Many of them seem blinded by the mantra: “We have to move with the times, and that means moving.” Or, “We’ll get left behind”, as if the club hasn’t made great strides forward under Harry Redknapp.

Yes, I see the appeal of the Stratford move, absolutely, but preserving the heart and soul of the club – of any club – is immeasurably more important than anything else, including a shiny new stadium with 68 toilets and easy access for fans who want to leave five minutes before full-time. But the prize at the end – regular Champions League football, perhaps – in no way justifies signing this Faustian pact. Bill Nicholson’s ashes were scattered at the Lane for a reason. History lives in the past, of course, but it must always means something. I would rather watch Championship football in north London than Champions League football in east London. That is not a flippant or facetious statement.

There’s also the small matter of London 2012’s legacy to athletics – no football club really belongs at the Olympic Stadium.