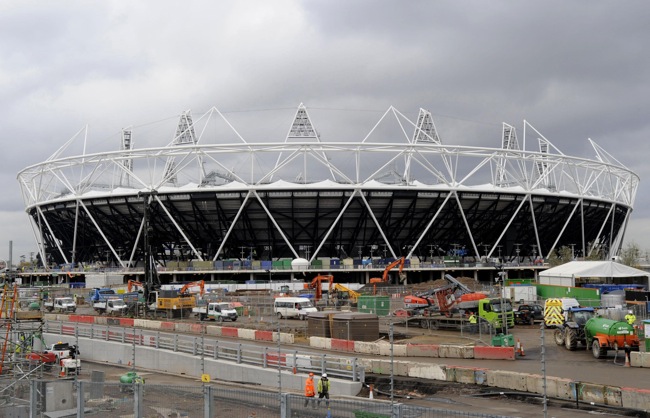 It’s official: West Ham United have been confirmed as the bid of choice to take over the 60,000-capacity Olympic Stadium in Stratford after London 2012.

The Olympic Park Legacy Company (clunky acronym: OPLC) announced that the Irons (running track) have beaten Spurs (f**k the running track) in the race to move into the stadium.

The decision must be ratified by the Government and London mayor Boris Johnson, but there’s no indication that either party would overturn the OPLC’s decision.

Bo-Jo said: “This is a very significant step forward towards delivering the Olympic Park legacy and the Legacy Company has run a thoroughly professional and robust process.

“This milestone means we now have the prospect of a local football club and a multi-use venue capable of hosting athletics, a range of other sports and a vibrant programme of events for the local community and schools.

“I am thrilled that the Legacy Company board has arrived at a recommendation for me and my colleagues in Government to consider. I am confident that we will be able to respond quickly to the advice of the Legacy Company in making our decision.”

The British Olympic Association, which of course sided with West Ham, said: “The recommendation announced today by the Olympic Park Legacy Company is a victory for athletes, for sport and, importantly, for the generations of young people who will see their lives transformed as a result of the London 2012 Olympic Games.

“We hope this recommendation will ensure the London Games will be the beginning, rather than the end, of a dynamic new era for Olympic, high performance and grassroots sport in Great Britain.

“This is also a victory for the reputation of British sport globally. When the London 2012 bid team stood before members of the International Olympic Committee in 2005 and asked for their vote, they did so with a commitment to deliver a meaningful legacy from the Olympic Games, including the retention of an athletics track inside the iconic Olympic Stadium.”

Baroness Ford, chair of the OPLC, insisted the selection process had been fair and robust.

She said: “Our board has considered this really carefully and we have made a unanimous recommendation to select West Ham and the London borough of Newham as the long-term tenant for our Olympic Stadium.

“We have taken this very seriously indeed. Both bidders were considered seriously on the merits – that’s what our job was.”

Pies says: As a Tottenham fan opposed to the Stratford move, I’m happy, albeit with obvious reservations. This feels like a bullet dodged, though I could be very wrong about that – and if West Ham are playing in the Champions League in ten years’ time, with Tottenham mired in mid-table (a bigger if than an old pair of Neil Ruddock’s shorts), then I will have been proved about as wrong as you can be.

West Ham fans seem to be in two minds – at least – about winning the race for the Olympic prize. Is it a race worth winning? Can WHFC even fill the stadium on a regular basis? Probably not. One Irons fan told me he had “a bad feeling about this”, and that’s exactly the feeling I had when Spurs entered the process. There is the danger that the stadium will fail to meet either West Ham or UK Athletics’ very different needs.

The third party in this is poor Leyton Orient, a club in no position even to take part in the race, but also a club that will be affected in a major way by the final outcome – and not in a good way. Orient have been marginalised, stamped on, overlooked, ignored and more… no wonder their fans are so angry right now.

What do you think this means for West Ham, Spurs and Orient? Very interested to hear your thoughts…