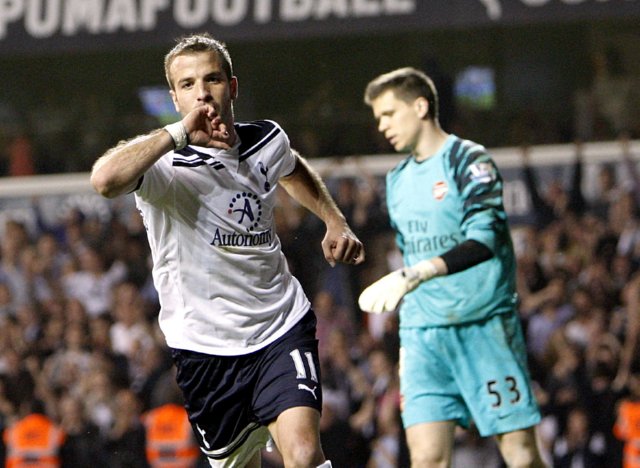 Last night’s North London derby proved to be a right old humdinger of game, with Tottenham hauling their way back from 3-1 down to eventually level things at three goals-a-piece by way of Rafael van der Vaart’s 70th minute penalty – a result that does neither side any favours, though it did cater rather well for the two clubs on either side of the Manchester divide.

Theo Walcott opened the scoring in only the 5th minute, darting onto Cesc Fabregas’ throughball to arc a passed finish around the advancing Heurelho Gomes, before goals from Samir Nasri and Robin Van Persie had Arsenal 3-1 to the good with half-time looming only for Tom Huddlestone to nab on back for Spurs three minutes before the interval – the midfielder making the sweetest of half-volley connections with a bobbling clearance to hum a superbly controlled drive into the bottom corner from 20 yards two minutes.

Shortly after Van Persie had seen a 56th-minute strike disallowed for the narrowest (wrong, for my money) of offside calls, Van der Vaart duly converted from the spot to round off the evening’s scoring after Wojciech Szczesny clattered into Aaron Lennon (who replaced the injured Gareth Bale at half-time) and sent the spritely Spurs winger tumbling in the area.

With Chelsea powering to a 3-1 win over Birmingham on the other side of the capital, Arsenal have now dropped below the Blues in the Premier League table for the first time in months and therefore must, by proxy, be now regarded as third favourites for the title – which isn’t particularly impressive considering Manchester United dropped points yet again at Newcastle just two days ago.

Slightly further down the standings, the single point accrued means that Spurs failed to make up any significant ground on fourth-spot Manchester City. 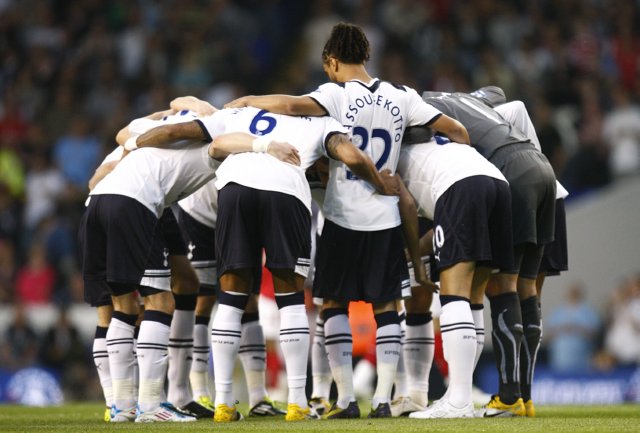 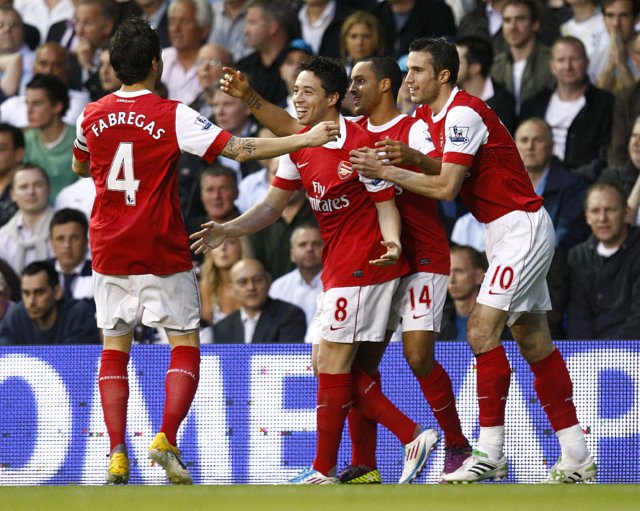 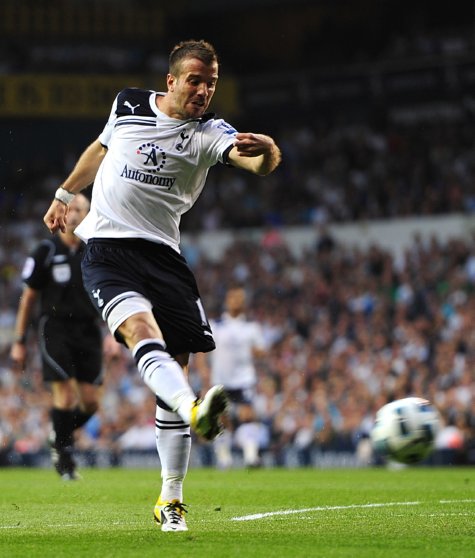 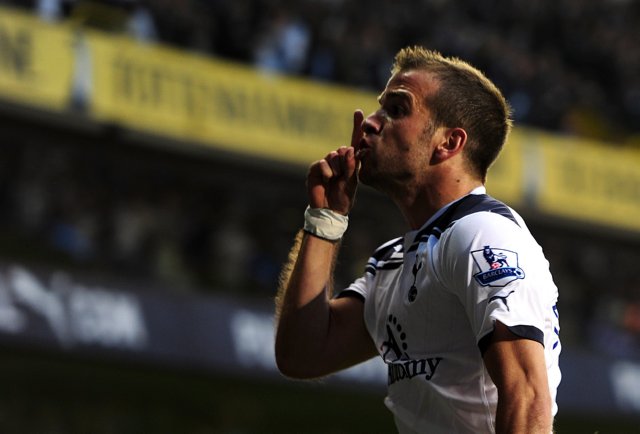 …then celebrates by telling everyone to shut up 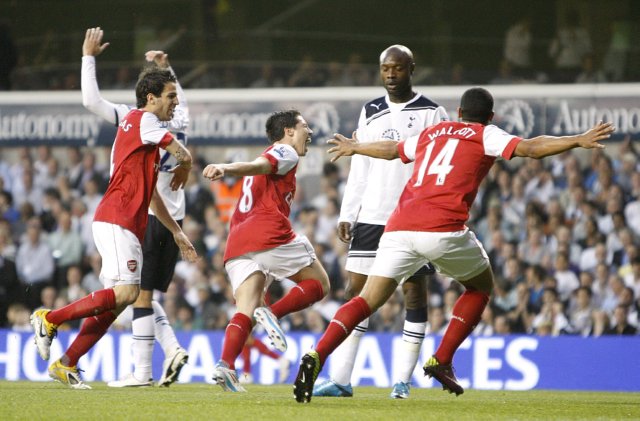 Samir Nasri wheels away after nudging Arsenal back in front 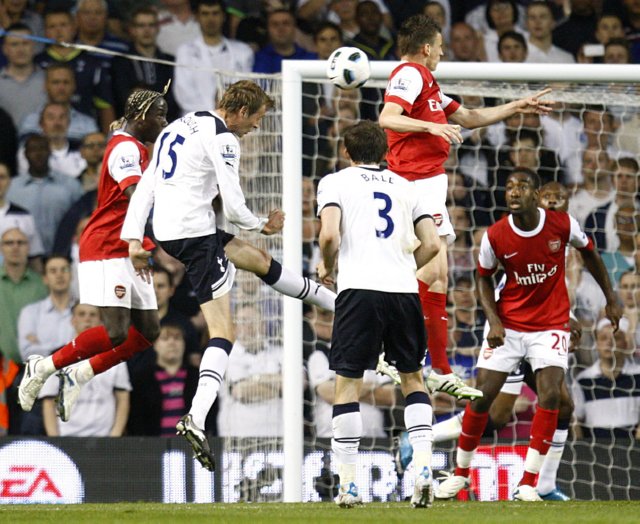 Peter Crouch connects with a header 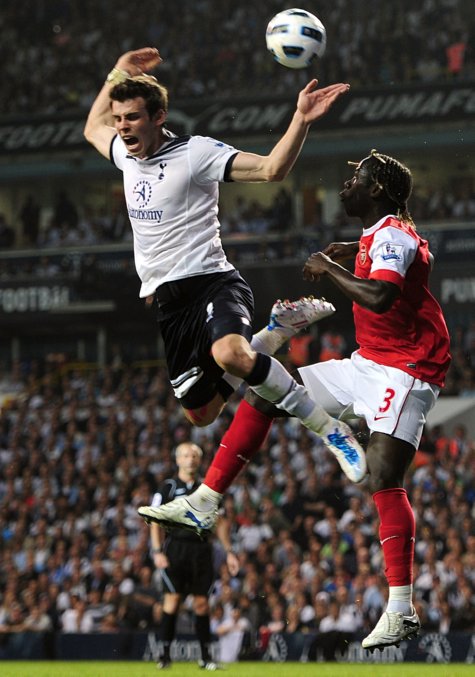 Gareth Bale and Bacary Sagna compete for the ball 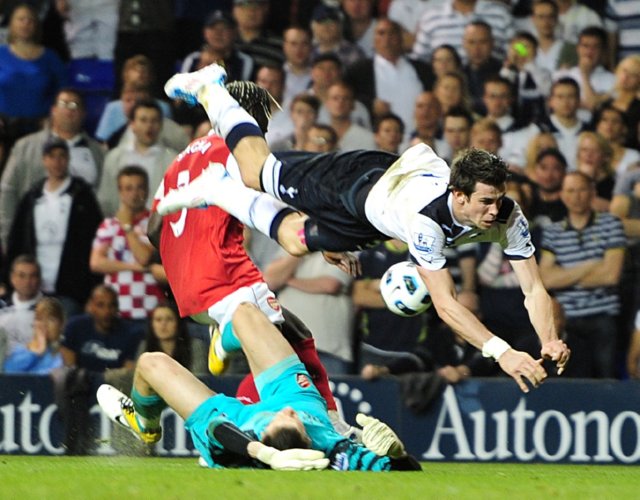 Gareth Bale picks up a knock after colliding with Wojciech Szczesny 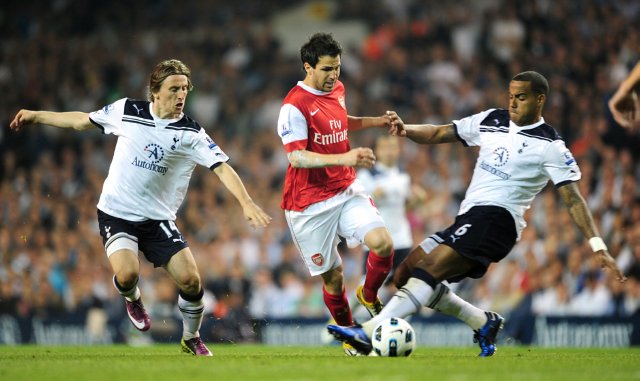 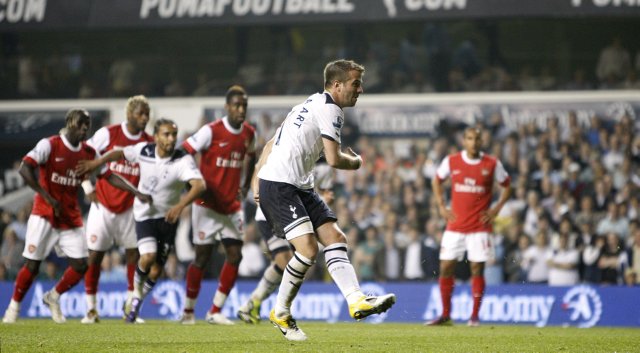 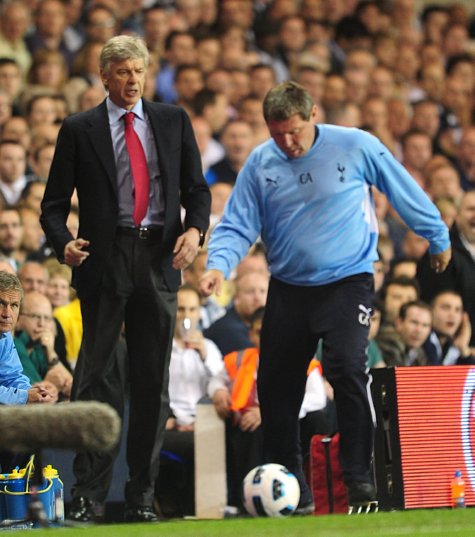 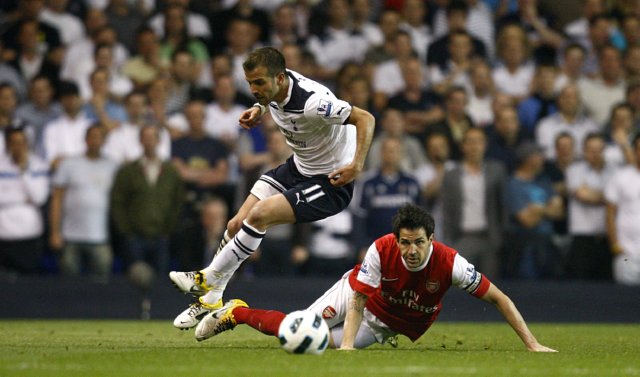 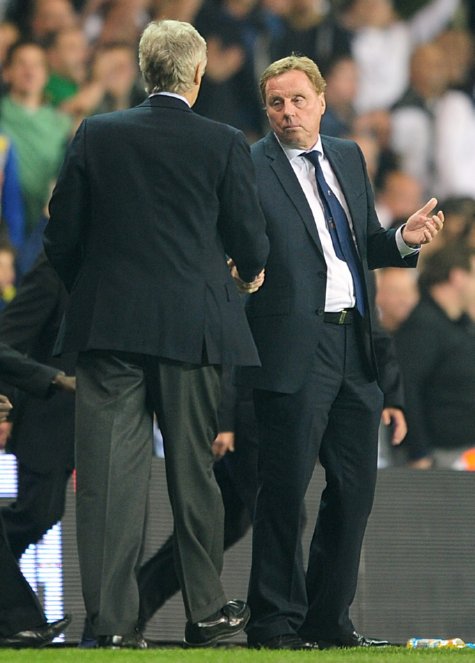