Thirteen years after coming this close – you should see how close I’m holding my fingers right now – to joining Villa from Wolves (a financial snag saw him toddle off to Coventry instead) in 1999, Robbie Keane has finally made the move to Villa Park on a two-month loan deal from LA Galaxy.

Here he is with his new work clothes, which we’re delightfully informed has the number ’20’ on the back for those who like to keep track of these things.. 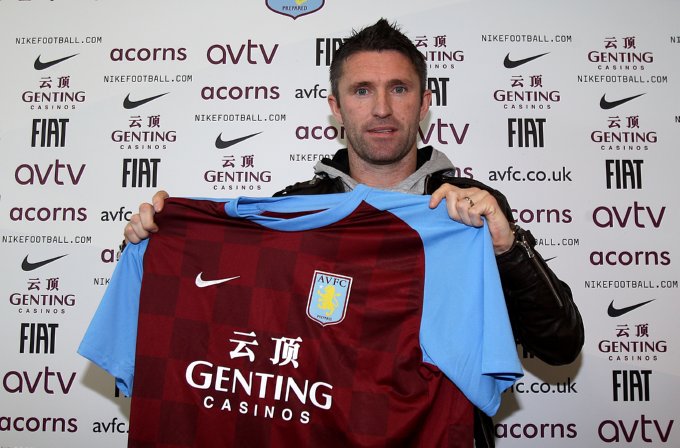 I’m sure he’ll ‘do a job’ as they say, but I wouldn’t expect miracles if I were a Villa fan. After all, Keane’s only managed three goals in his last 29 Premier League appearances.

Any thoughts you blighters?

(That’s right. No ‘boyhood club’ gag whatsoever! So proud of myself.)